Biden’s Broken Promises: President Biden has repeatedly said he would “shut down the virus,” listen to the experts, make testing widely available and reopen schools, but he has failed on all accounts.

Teachers unions have repeatedly jeopardized America’s children’s education and livelihoods throughout this pandemic. Virtual learning has harmed America’s students as failing grades are rising, child suicide rates are surging, and children and teenagers are experiencing a mental health crisis of historic proportions.

Broken Promises: President Biden has repeatedly said he would “shut down the virus,” listen to the experts, make testing widely available and reopen schools, but he has failed on all accounts. Despite inheriting safe and effective vaccines, therapeutics and more, there were more coronavirus deaths in 2021 than 2020, cases are surging across the nation, and testing kits are scarce. And after  promising a national plan, President Biden finally admitted: “there is no federal solution.” 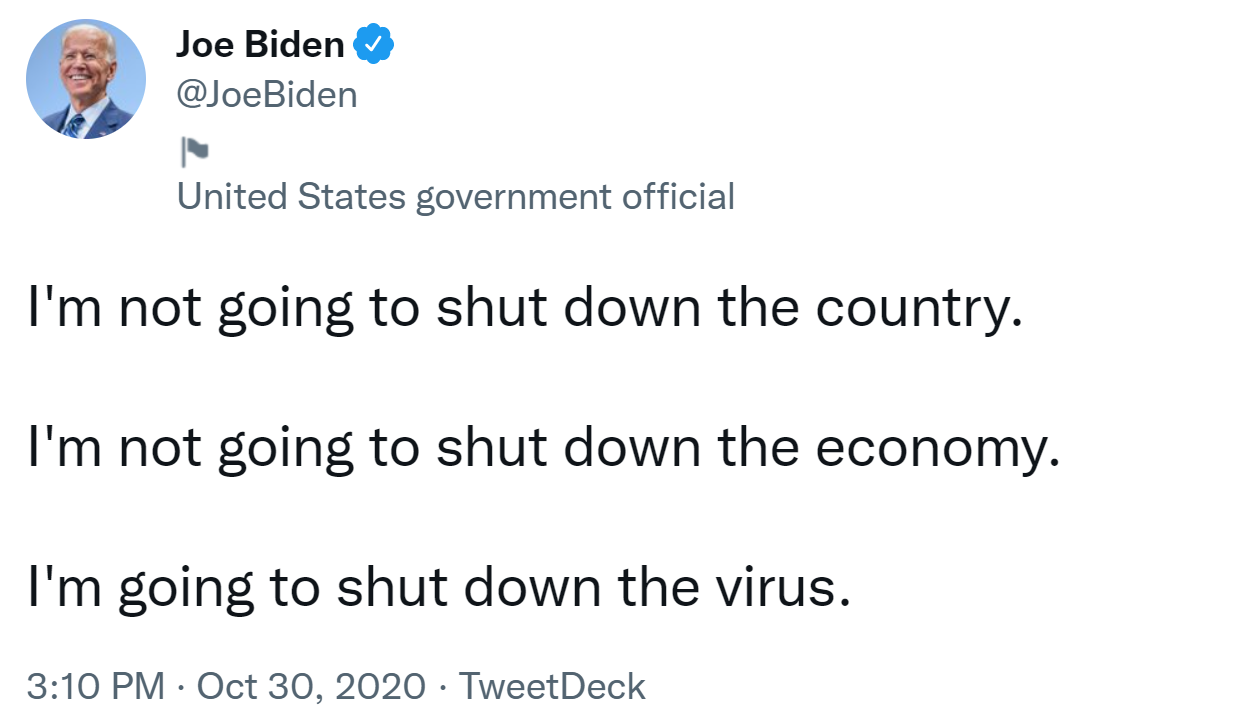 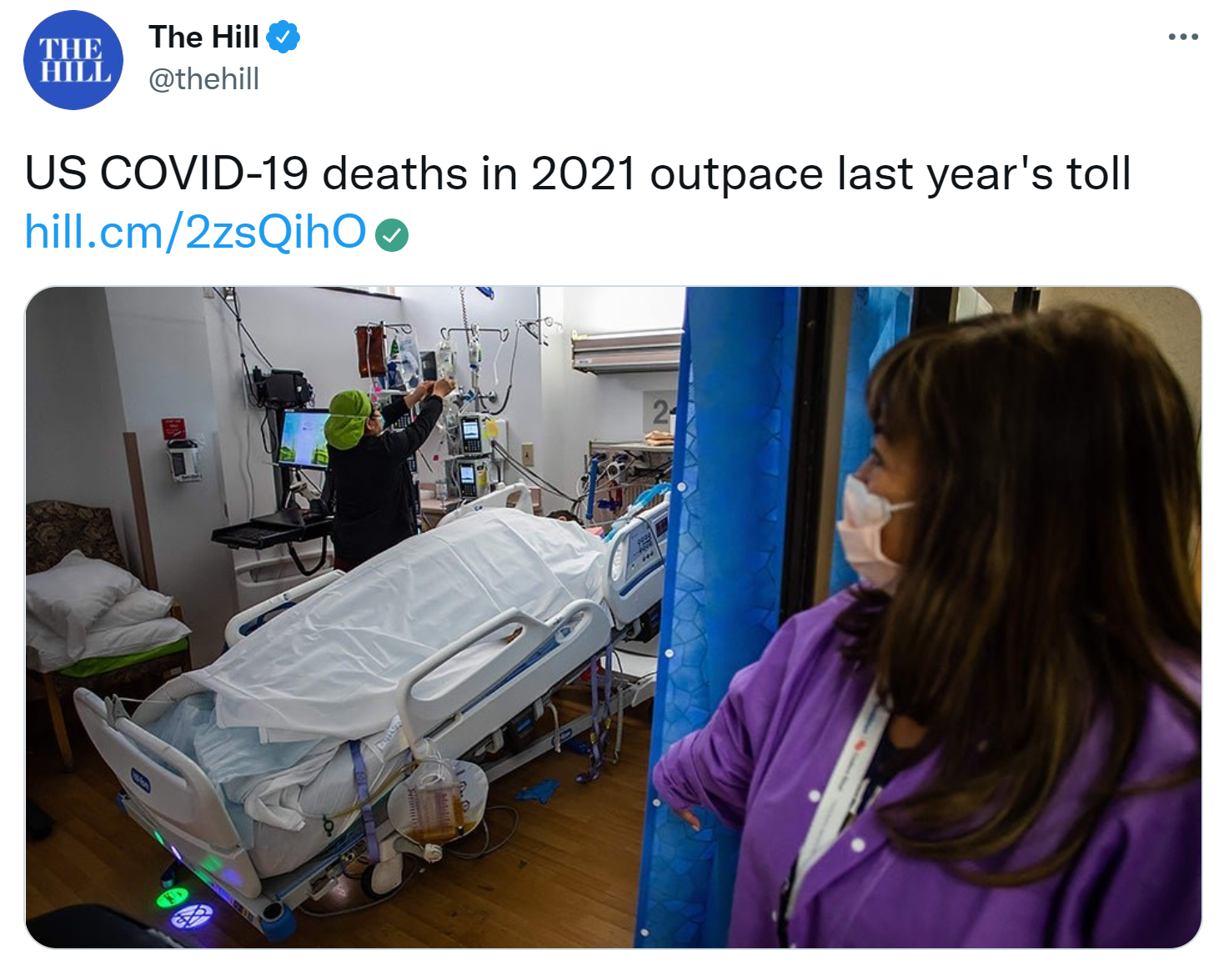 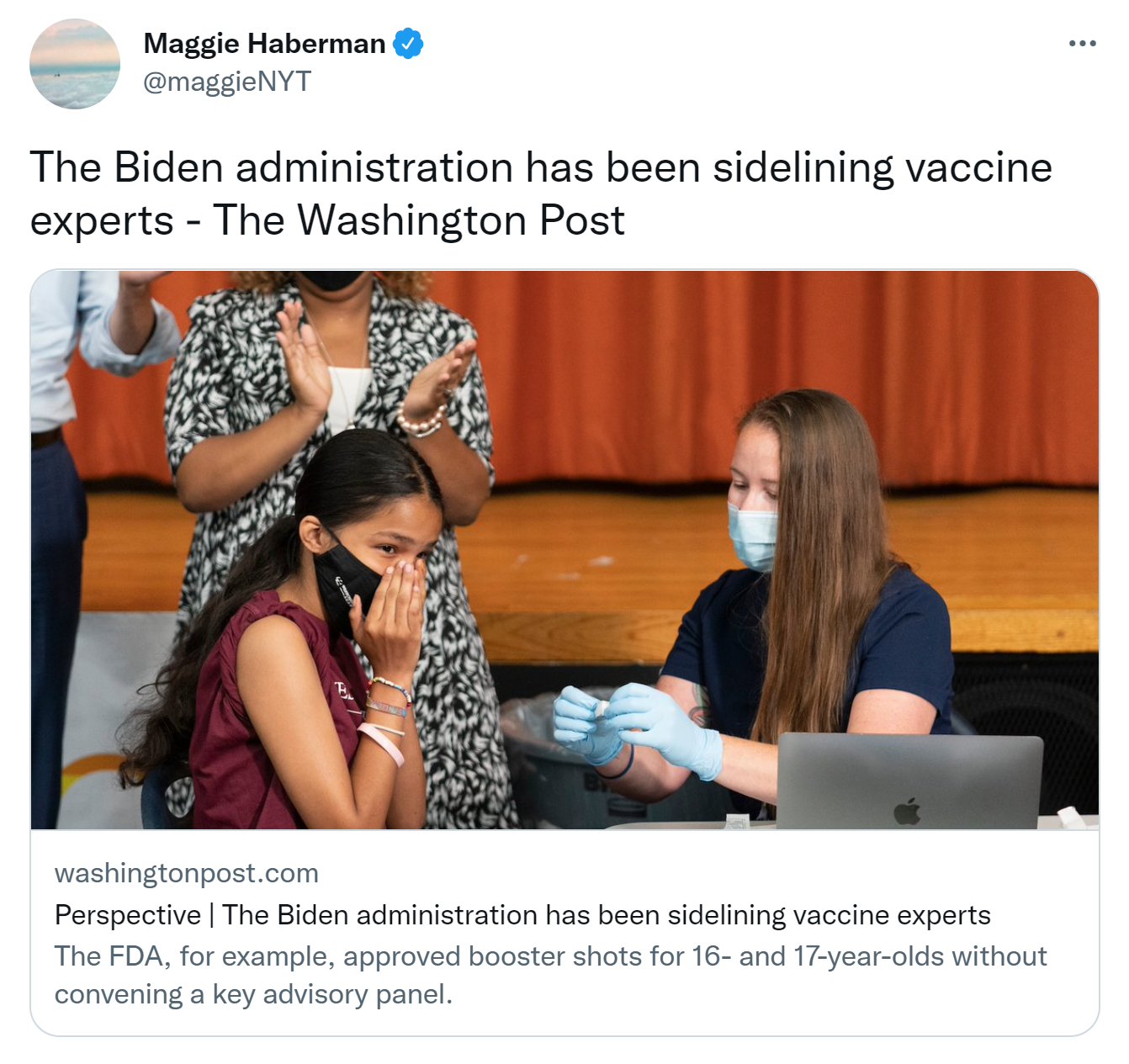 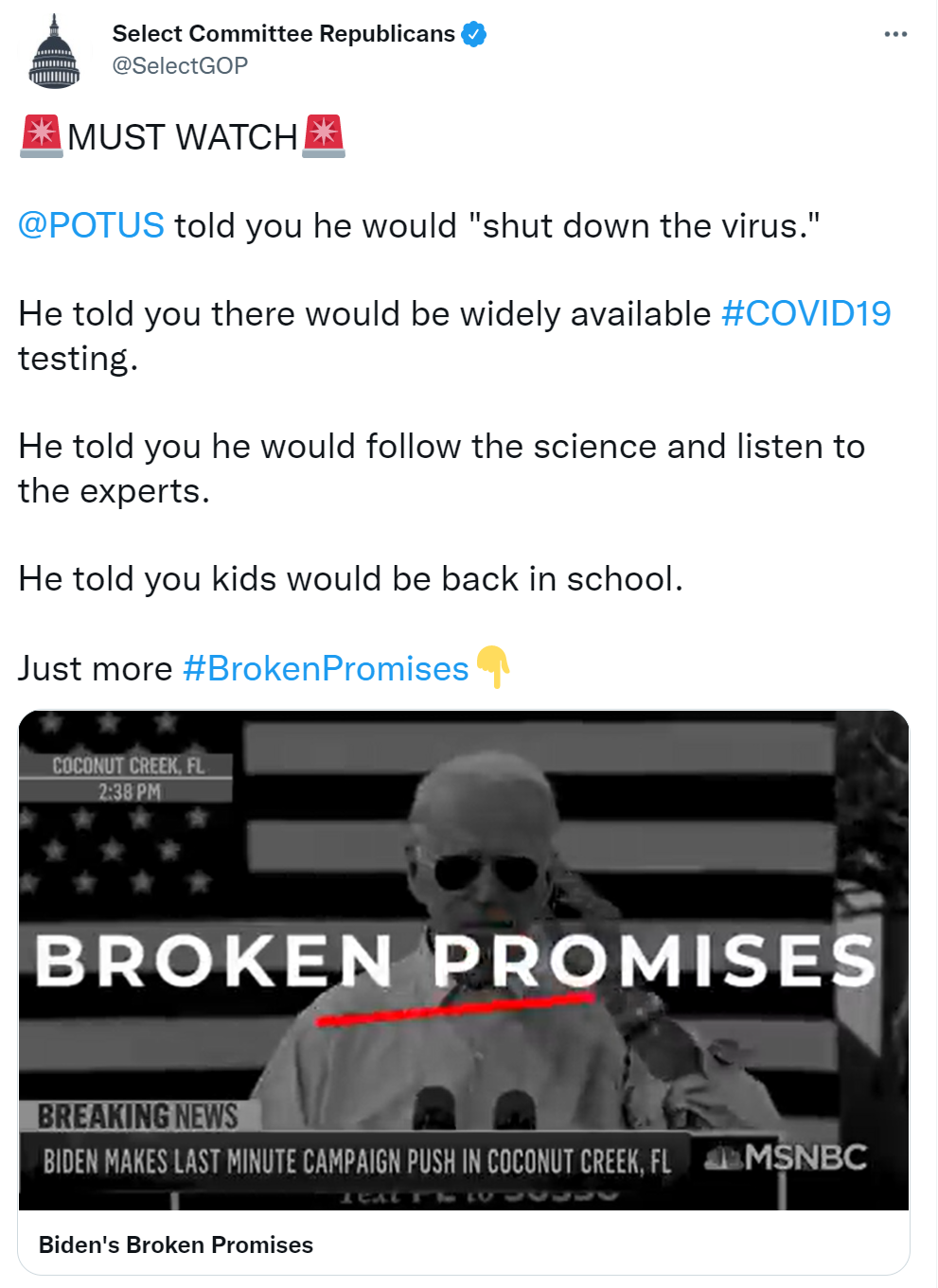 Most recently, the Chicago Teachers Union voted to cancel in-person learning and refused to show up to work, despite no scientific basis for their decision. President Biden’s talk about reopening schools is cheap unless it is backed up with strong, decisive action. It is imperative that President Biden do everything in his power to ensure students are learning in-person so they can begin to make up all that they have lost throughout this pandemic.

No Way to Grow Up (New York Times)

“American children are starting 2022 in crisis. I have long been aware that the pandemic was upending children’s lives. But until I spent time pulling together data and reading reports, I did not understand just how alarming the situation had become. Children fell far behind in school during the first year of the pandemic and have not caught up … Many children and teenagers are experiencing mental health problems, aggravated by the isolation and disruption of the pandemic … Suicide attempts have risen, slightly among adolescent boys and sharply among adolescent girls … Gun violence against children has increased, as part of a broader nationwide rise in crime … Many schools have still not returned to normal, worsening learning loss and social isolation. Once-normal aspects of school life — lunchtime, extracurricular activities, assemblies, school trips, parent-teacher conferences, reliable bus schedules — have been transformed if not eliminated. … Behavior problems have increased.”

“With the omicron variant raging across the country, school systems are again shutting down in-person learning as communities grope for ways to protect school staff and ease the strain on overburdened hospitals. In recent days, schools in Chicago and parts of metropolitan Washington announced that they would move temporarily to remote learning, and more are likely to do the same as cases of covid-19 continue to mount. But this approach is rooted in misunderstandings about how viruses spread and a refusal to acknowledge what we have learned two years into the coronavirus pandemic. We have ample evidence that closing schools is not effective in containing the virus and is, in fact, harmful to children. We have better ways of keeping communities safe besides robbing students of valuable in-school learning.”

With No School in Sight, Chicago Families Grit Their Teeth (New York Times)

“Most public schools in Chicago were closed for a third day on Friday, with no resolution in sight to a standoff between the teachers’ union in the nation’s third-largest school district and Mayor Lori Lightfoot’s administration. Around the country, school systems are wrestling with how to go back to class amid the highly contagious Omicron variant. Most have forged ahead with in-person classes, while some have pivoted to remote instruction. But nowhere has the situation been more rancorous than in Chicago, where school for hundreds of thousands of children resumed on Monday but then stopped abruptly by Wednesday, as teachers called for more virus precautions and testing while city officials said the school year should proceed in person. Families, racing to find child care, were also wrestling with all the uncertainties of what might be ahead. Would school go back in session — in person or remote — soon? Would this last into next week? How might such a tense fight between the Chicago Teachers Union and city officials reach a resolution?”

Makary: Colleges take COVID testing way too far and spread hysteria (New York Post)
“Universities are supposed to be bastions of critical thinking, reason and logic. But the Covid policies they have adopted—policies that have derailed two years of students’ education and threaten to upend the upcoming spring semester—have exposed them as nonsensical, anti-scientific and often downright cruel.  Some of America’s most prestigious universities are leading the charge. At Georgetown University, fully vaccinated students are randomly tested for Covid every week. Using a PCR test, which can detect tiny amounts of dead virus, asymptomatic students who test positive are ordered to a room in a designated building where they spend 10 days in confinement. Food is dropped off once a day at the door.”

The Biden administration has been sidelining vaccine experts (Washington Post Opinion)
“The U.S. government, over the past few weeks, has made three important decisions on vaccines without consulting independent panels of experts. On Nov. 19, the Food and Drug Administration authorized boosters for all adults — regardless of their job or any underlying health conditions. On Nov. 29, the Centers for Disease Control and Prevention announced that everyone 18 and above should get a booster shot, a revision of previous guidance that strongly recommended boosters only for those 50 and older. Then, on Dec. 9, the FDA authorized booster shots (of Pfizer) for 16- and 17-year-olds, moving the age of eligibility down from 18. Before last month, the standard practice was for the agencies to convene standing outside advisory committees, whose members inspect the relevant data, debate it and vote. That did not happen in these cases, meaning that the costs and benefits of these policy moves, from a medical perspective, were not fully aired publicly and discussed in advance … As a country, we are weaker when we bypass our scientific experts. Although some may find it convenient to make policy without their input, the long-term consequences will hurt public health.” 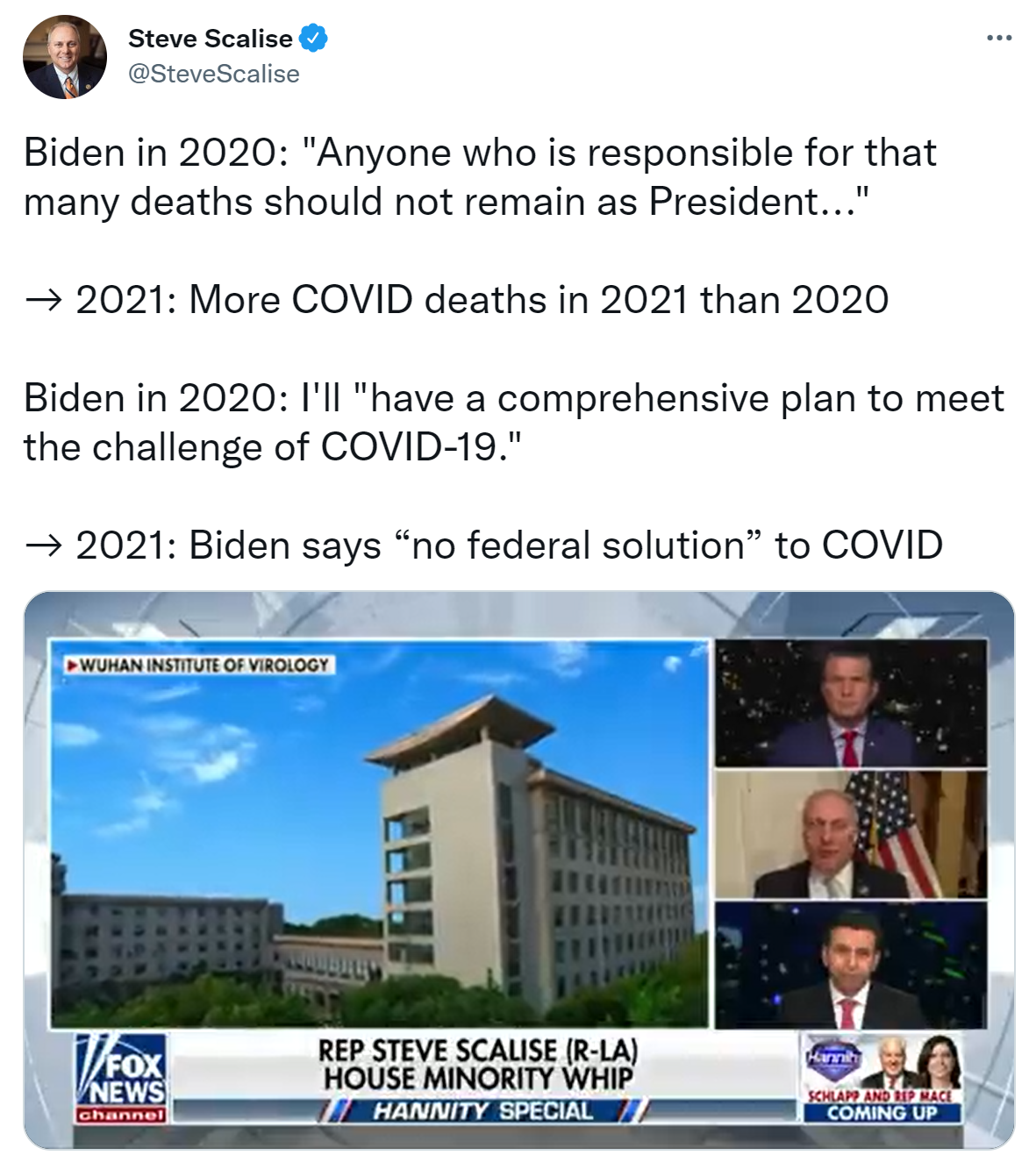 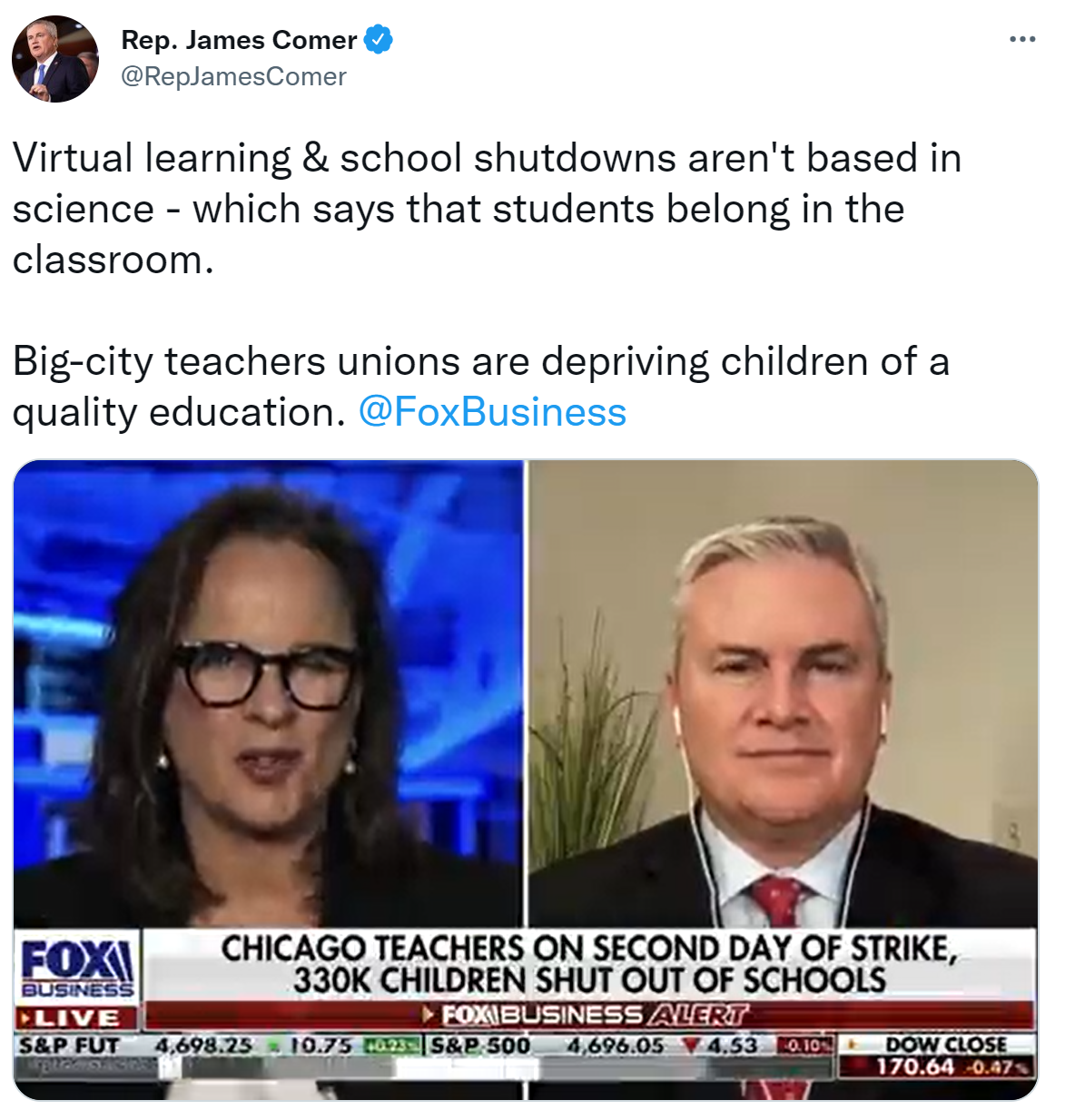 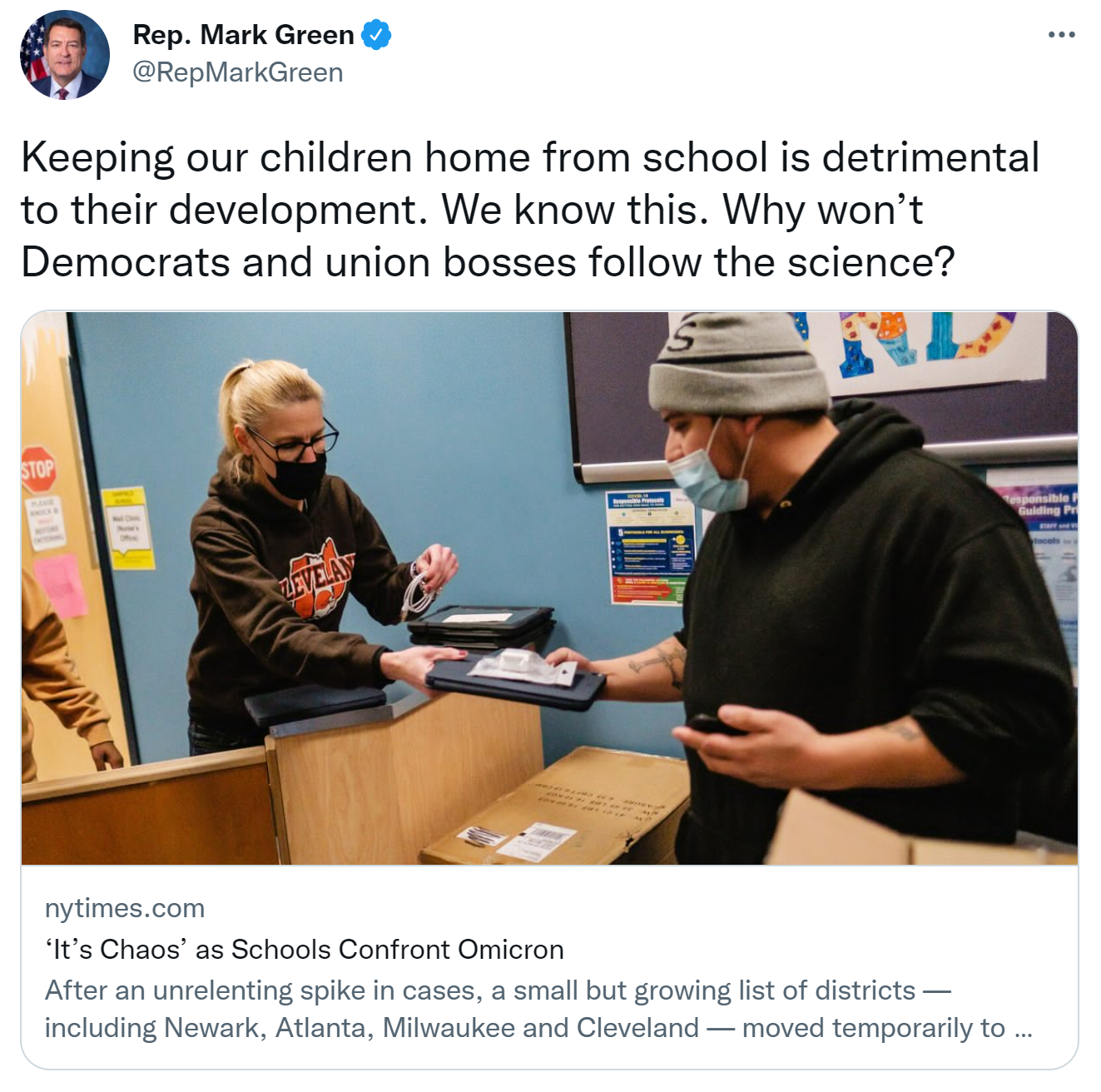 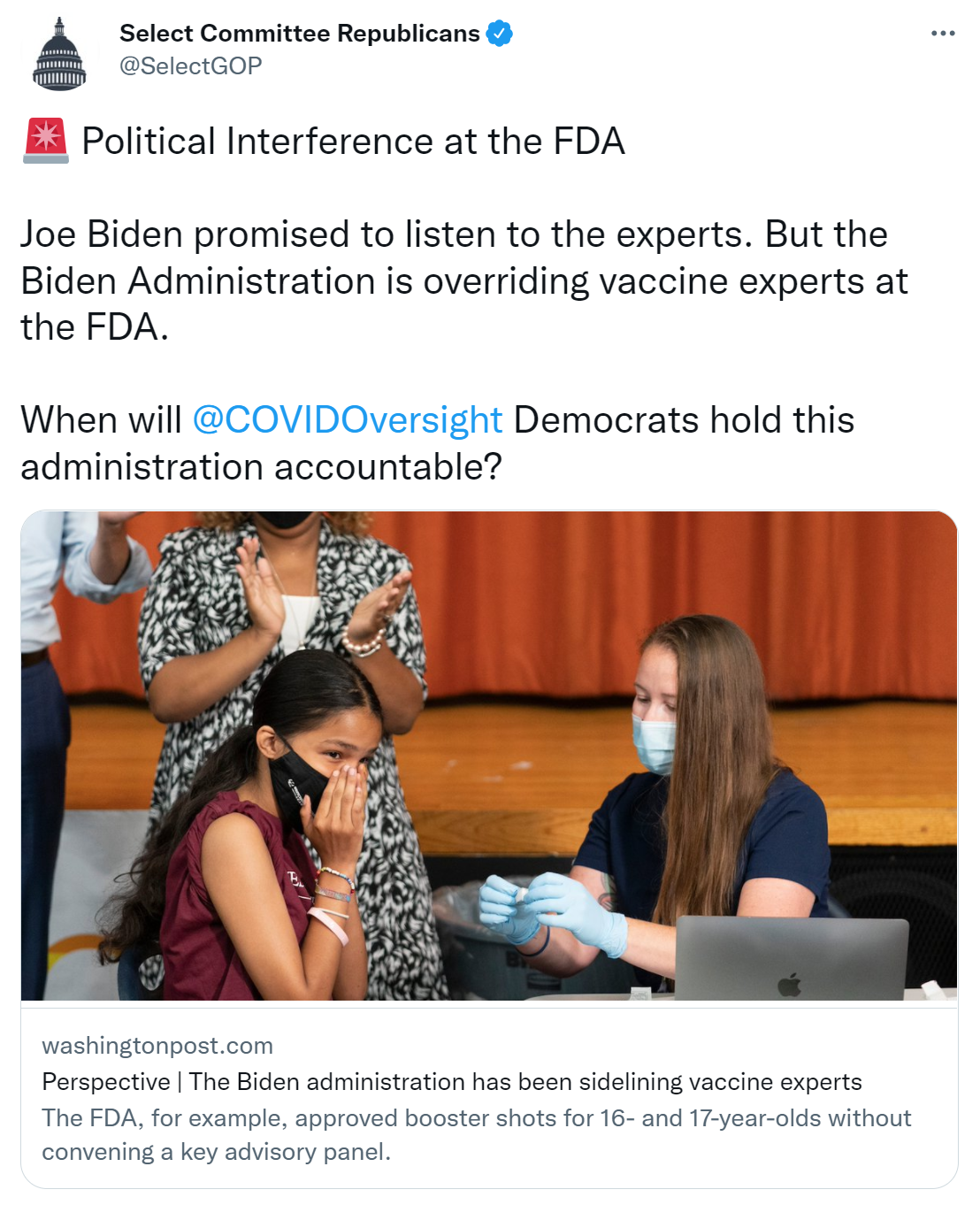 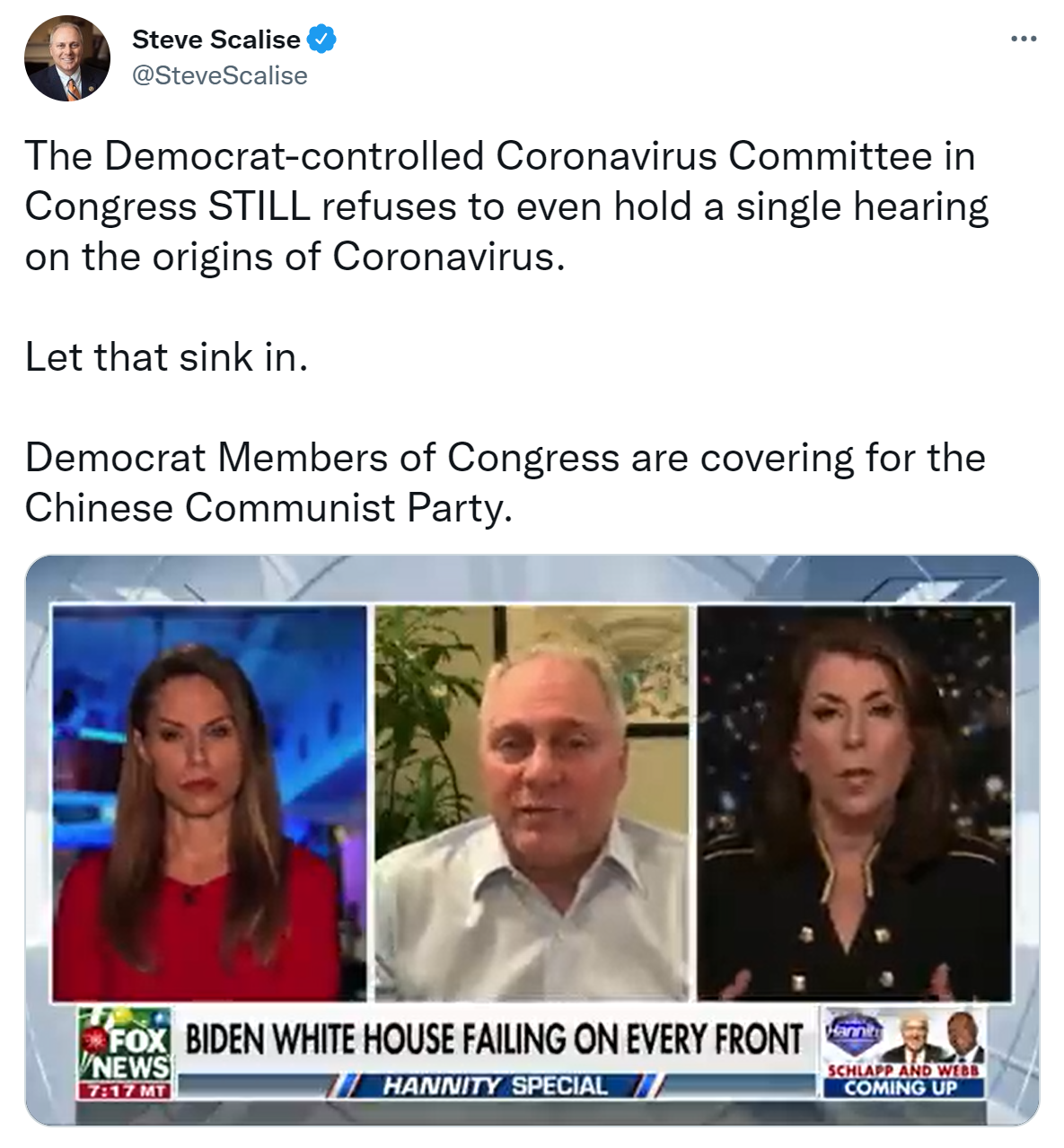