Biden Promised to Shut Down the Virus but More Americans Have Died from COVID in 2021: President Biden boasted on Twitter in October 2020 that he would “shut down the virus,” but COVID-19 deaths have surpassed last year’s deaths, even as several vaccines and therapies are now available.

Record Number of Americans Die from Drug Overdoses: Over the 12 month period ending in April 2021, more than 100,000 Americans died from drug overdoses, largely fueled from a surge in fentanyl and lockdowns.

Record Number of Americans Die from Drug Overdoses: Over the 12 month period ending in April 2021, more than 100,000 Americans died from drug overdoses. According to the U.S. Centers for Disease Control and Prevention, opioid-related deaths accounted for about three quarters of the death through April. Democrat lockdowns fueled the opioid crisis, increasing isolation and limiting access to treatment. Now with the new Omicron variant, Dr. Fauci refuses to rule out another lockdown. We know lockdowns don’t work and cause more harm than good. Why is the Biden Administration even entertaining the idea?

Biden Promised to Shut Down the Virus but More Americans Have Died from COVID in 2021: On the campaign trail, then-Democrat presidential candidate Joe Biden politicized the pandemic. In October 2020, Biden boasted that he would “shut down the virus,” but COVID-19 deaths have surpassed last year’s deaths, even as several vaccines and therapies are now available. As President, Biden has refused to hold Communist China accountable for unleashing the pandemic on the world and has not conducted a comprehensive origins investigation to better understand the virus and prevent future pandemics. 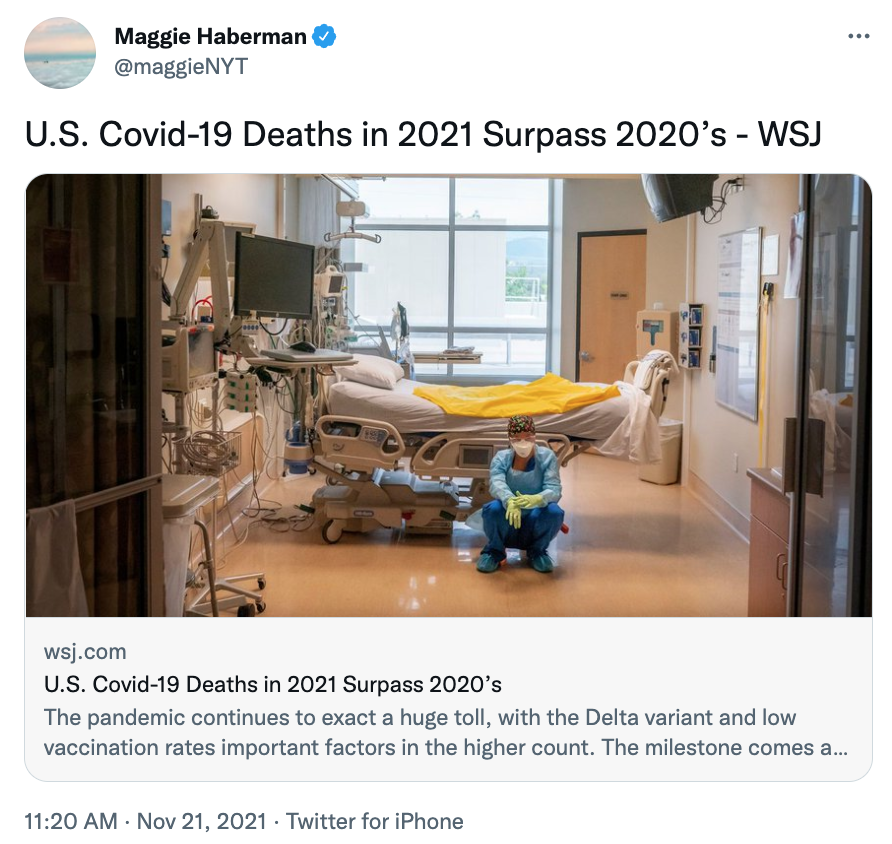 President Biden and Democrats Again Violate Mask Mandates: While President Biden urges Americans to wear masks, he was recently spotted at a store without a mask—even though the store requires customers to wear them. Additionally, several Democrat Senators were spotted not wearing masks while on a bus en route to the White House to celebrate spending $1.2 trillion taxpayer dollars, despite Washington, D.C. requiring masks on buses and trains. These are yet more examples of Democrats flouting the rules that they expect ordinary Americans to follow.

Scalise Slams Democrat ‘Misinformation’ Campaigns at Select Subcommittee Hearing: Recently, House Republican Whip and Ranking Member of the Select Subcommittee on the Coronavirus Crisis Steve Scalise’s (R-La.) called out several of the Democrats’ misinformation campaigns throughout the pandemic, including disputing the origins of the virus and about the safety of COVID-19 vaccines in development under Operation Warp Speed. At the hearing, Whip Scalise emphasized that during the 2020 election, then-Vice President Biden and then-Senator Harris said they would not trust a vaccine developed under the Trump Administration. In addition, Whip Scalise once again called on the Select Subcommittee on the Coronavirus Crisis to hold a hearing about the origins of the COVID-19 and the Biden Administration lobbying the Centers for Disease Control and Prevention to keep schools closed on behalf of teachers’ unions.

“President Biden may not recall what he said during a 2020 campaign debate last fall, but Americans should: ‘Anyone who is responsible for that many deaths should not remain as President of the United States of America.’ At the time the U.S. had recorded 220,000 Covid deaths. Covid deaths this year have now surpassed the toll in 2020 with 350,000 since Inauguration Day. It would seem that Mr. Biden has done no better than Donald Trump in defeating Covid despite the benefit of vaccines, better therapies, and more clinical experience. The left politicized Covid by holding Mr. Trump responsible for a disease that was always going to be hard to defeat …. We recount all this not to blame Mr. Biden for this year’s Covid deaths. The truth last year and this year is that the virus is impossible for any politician to control, much less eliminate. Mr. Biden used the illusion he could vanquish the virus to win election, and he is now paying a political price because he hasn’t.”

Americans more critical of Biden’s pandemic response, Post-ABC poll finds (Washington Post)
“Americans’ approval of President Biden’s handling of the coronavirus pandemic — one of his most positive assets early in his presidency — has continued on a downward trend in recent months, a Washington Post-ABC News poll found … The Post-ABC poll finds that 47 percent of Americans approve and 49 percent disapprove of Biden’s handling of the pandemic.”

OSHA Suspends the Implementation and Enforcement of Biden’s Vaccine Mandate (Townhall)
“After a series of court rulings halting President Joe Biden’s vaccination mandate for private companies, OSHA has officially suspended the implementation and enforcement of the requirement. The mandate was scheduled to go into effect January 4, 2022.”

House Republicans move to stall Biden’s vaccine mandate (Fox News)
“The top House Republican on the Education and Labor Subcommittee on Workforce Protections will take steps next week to block President Biden’s “unconstitutional” coronavirus vaccine mandate. Pennsylvania Republican Rep. Fred Keller told Fox News Friday that, in coordination with GOP Sen. Mike Braun of Indiana, Republicans will attempt to use the Congressional Review Act to nullify the executive order. ‘The Congressional Review Act allows us as members of Congress to keep the executive branch in check when they release these mandates, and we’re exercising our constitutional authority,’ Keller said in an interview with Fox News.”

Federal contractor vaccine mandate: GOP congressman introduces bill banning Biden from enforcing requirement (Fox News)
“Rep. James Comer, R-Ky., on Thursday introduced legislation that would block President Biden from requiring the employees of federal contractors to get vaccinated against COVID-19. The Fairness for Federal Contractors Act of 2021 would ban executive agencies from requiring federal contractors’ employees to get vaccinated and require the Government Accountability Office (GAO) to report the ways in which a federal contractor mandate has created job losses and disrupted worker performance and the national supply chain within 180 days of the legislation’s passage.”

D.C. students’ learning loss continued in 2020-2021, widening gaps for at-risk kids, report finds (Washington Post)
“D.C. students continued to fall behind in reading and math during the pandemic, with students of color and those from lower-income backgrounds most affected, according to a report released Tuesday. The report, conducted by EmpowerK12, an education-focused nonprofit group, examined 2020-2021 testing data from students in dozens of District public and public charter schools. The findings suggest that the city’s students have followed a national trend during the pandemic: Most students demonstrated some academic growth, but overall, they fell behind during the period of remote instruction.” 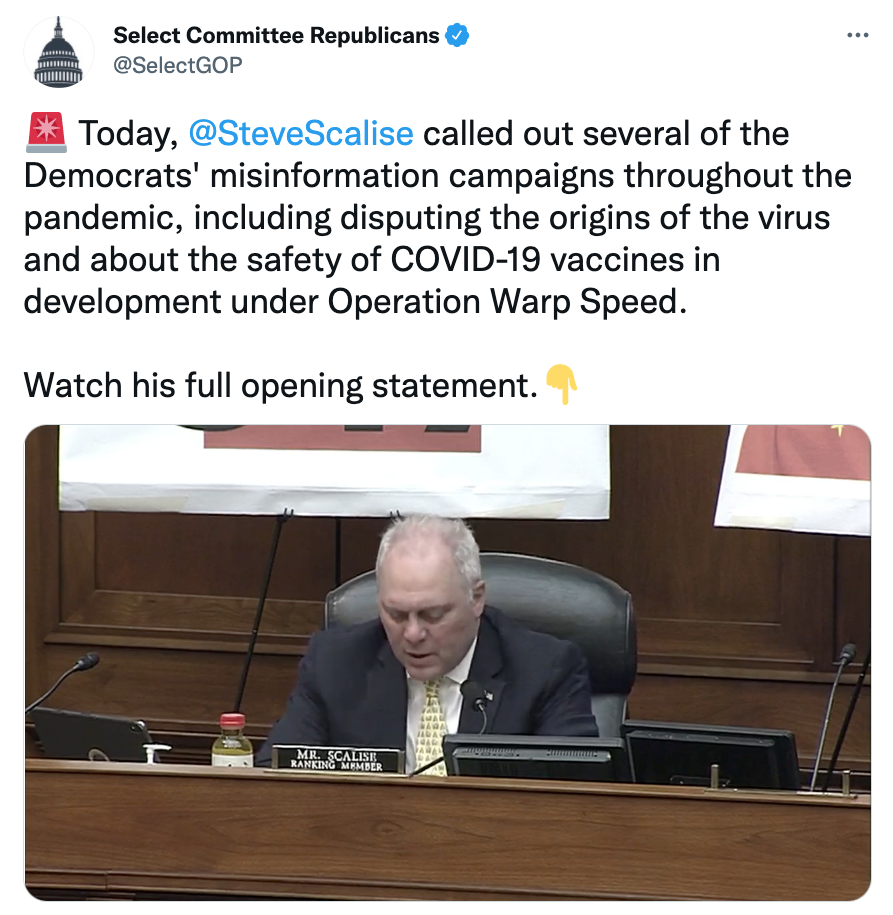 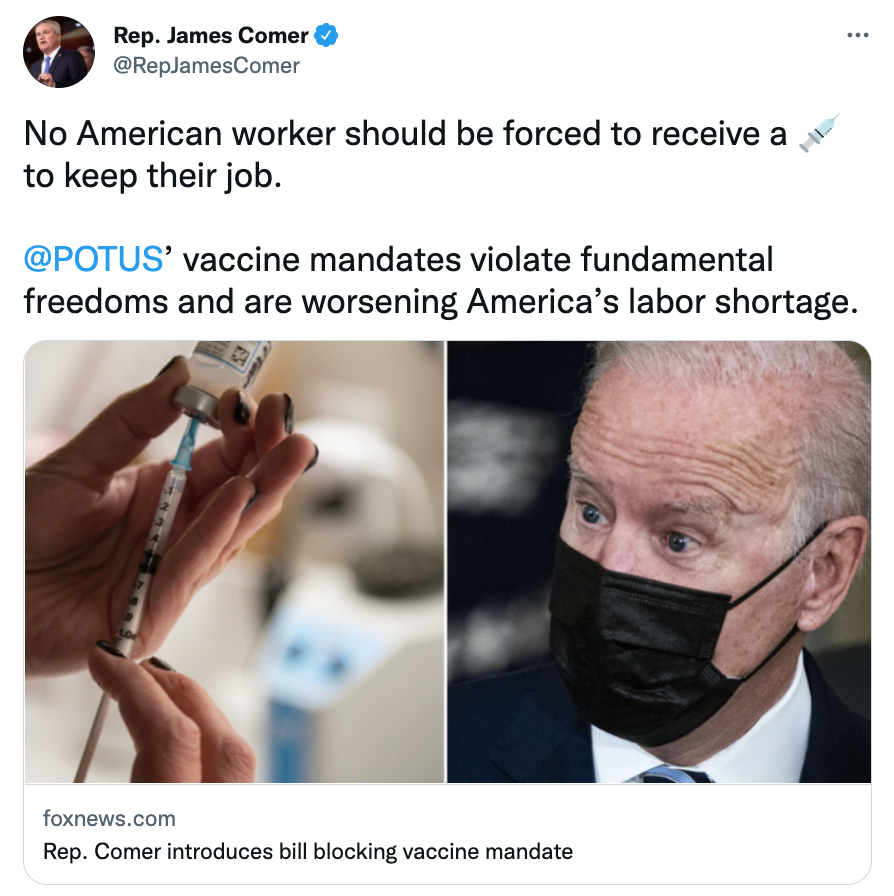 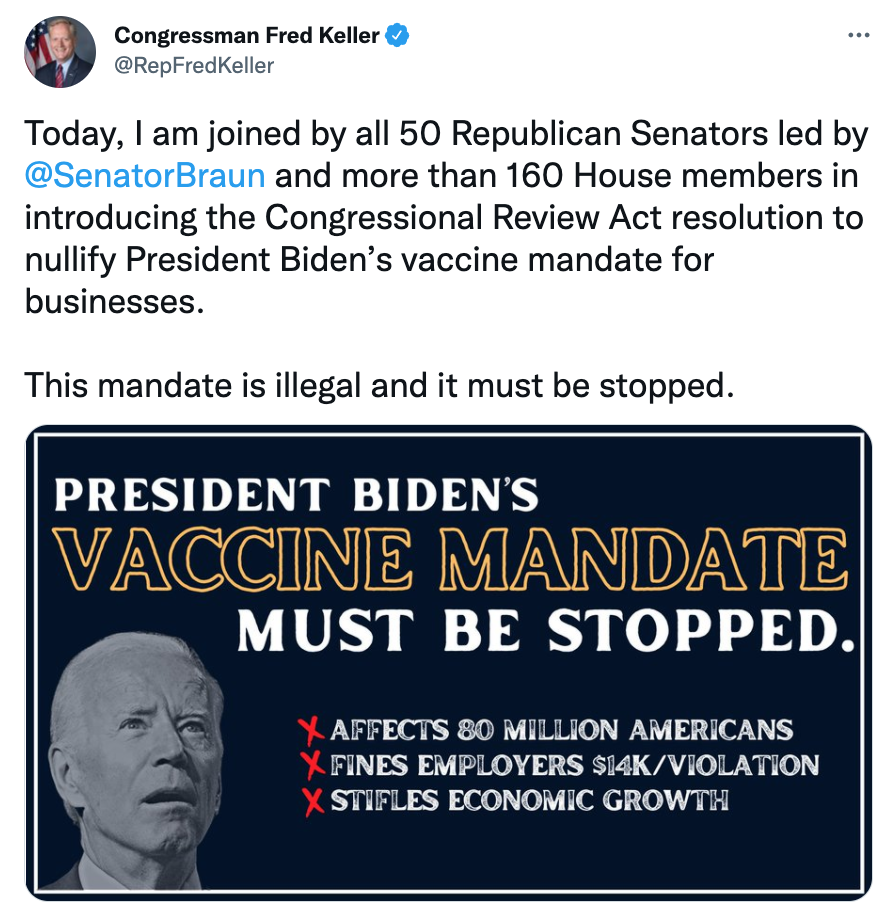 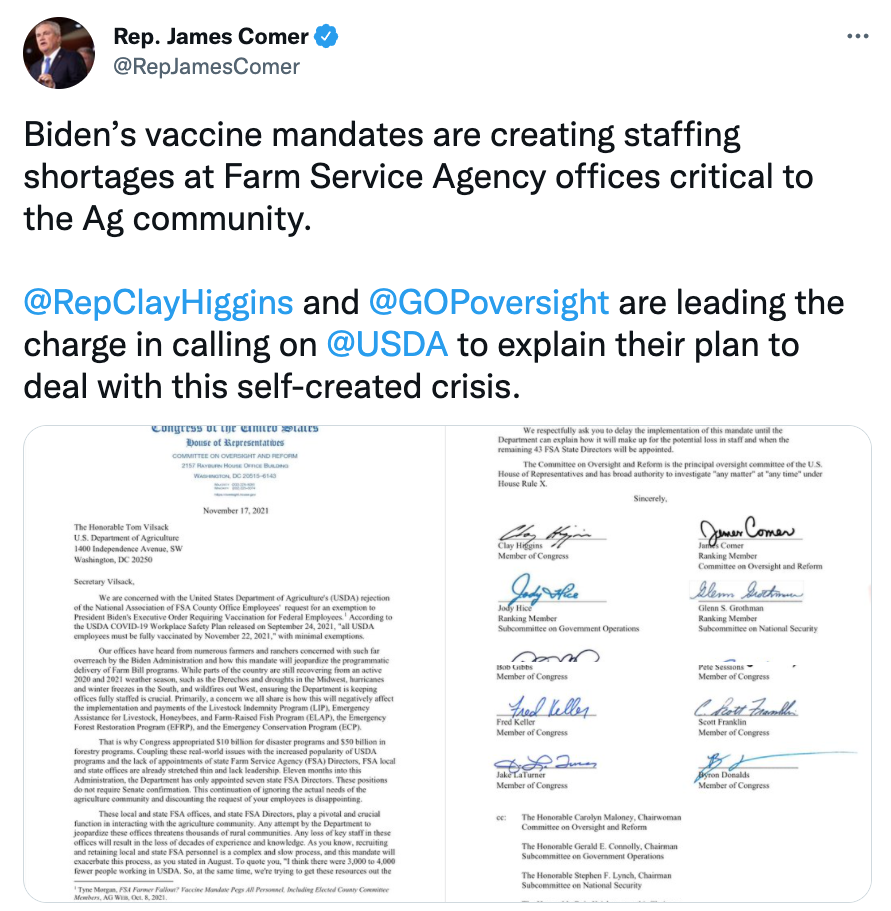 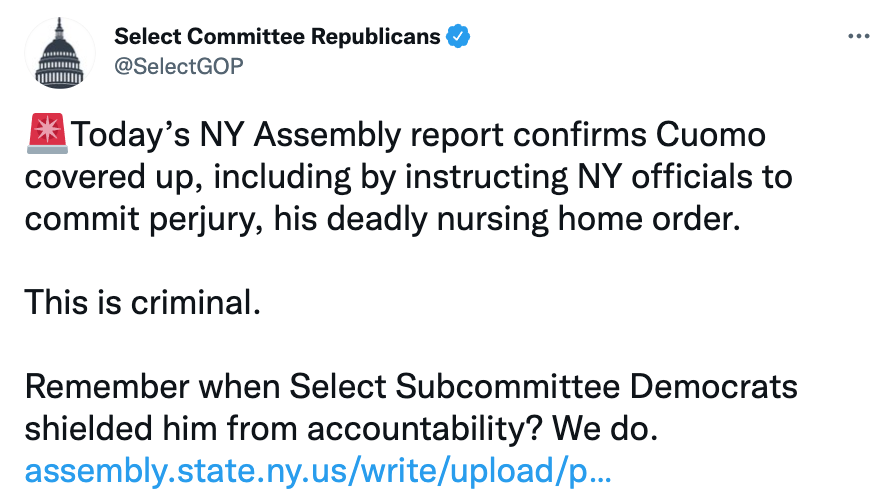