Democrats Officially Refuse to Investigate COVID Origins & Hold Communist China Accountable: In a Friday evening news dump, Chairs Clyburn and Maloney made it official that they refuse to confront Communist China and will not investigate the origins of COVID-19.

Republicans Call for Hearing on Massive Pandemic-Related Unemployment Fraud: Last week, House Committee on Oversight and Reform James Comer (R-Ky.), along with Representatives Darrell Issa (R-Calif.) and Gary Palmer (R-Ala.), called on Democrats to hold a hearing on hundreds of billions of stolen pandemic unemployment benefits. Press reported unemployment fraud could reach more than $400 billion, with as much as half of the funds going to international criminal organizations. The lawmakers previously called for an investigation into unemployment fraud in California after it was unearthed that the California Employment Development Department sent fraudulent unemployment benefits to murderers, people on death row, deceased individuals, and organized crime members in China and Russia. However, Democrats have refused to act and examine this gross mismanagement of taxpayer dollars.

Democrats Continue to Shield Cuomo from Accountability: Last week, the New York State Bar Association issued a new report finding Governor Andrew Cuomo’s deadly nursing home order resulted in more deaths and should have been ended sooner. Republicans have repeatedly demanded accountability and transparency while blowing the whistle on Governor Cuomo’s actions. Most recently, Republican leaders urged their Democrat counterparts to hold a joint hearing on the undercounting of COVID-19 deaths in New York nursing home, but Democrats have refused to hold him accountable.

Biden Won’t Commit to Holding China Accountable: Last week at a press conference, President Biden was repeatedly asked if he would move to hold Beijing accountable if Communist China hinders an investigation into the origins of COVID-19, but he refused to directly answer the question. Instead, he deflected and said, “what I’m going to try to make an effort to do is rally the world to work on what is going to be the physical mechanism available to detect early on the next pandemic and have a mechanism by which we can respond to it and respond to it early.” Although President Biden has directed the intelligence community to investigate the origins of the virus after previously halting it, will he move to hold China accountable for unleashing the pandemic on the world?

Democrats Refuse to Investigate COVID Origins & Hold Communist China Accountable: In a Friday evening news dump, Chairs Clyburn and Maloney made it official—they refuse to confront Communist China and are afraid of what might be revealed by an investigation into the origins of COVID-19. Both Chairs made clear their only goal is to cover for President Biden’s failures and continue partisan witch hunts into the Trump Administration to deflect attention away from their missteps. Republican Whip and Select Subcommittee Ranking Member Steve Scalise (R-La) and Committee on Oversight and Reform Ranking Member James Comer (R-Ky.) blasted Democrats for refusing to investigate the virus’ origins and will continue to press onward in their calls to find the truth.

Hearing with the Fed: This week, the Select Subcommittee will hold a hearing with Federal Reserve Chairman Jerome Powell on the pandemic’s economic impacts. Communist China unleashed COVID-19 the world and lied about it, causing approximately four million deaths and devastating the U.S. economy. Thanks to Operation Warp Speed, nearly 150 million Americans are fully vaccinated, and cases and fatalities have plummeted across the nation. Although the U.S. is returning to normal operations, the Biden Administration’s disastrous economic policies are wreaking havoc on our full recovery. Massive Democrat deficit spending is causing rapid inflation, with the prices of gas, cars, lumber, and food all surging.

“Federal government investigators said Tuesday that they are launching a review into how the National Institutes of Health manages and monitors its grant program, which likely includes money connected to a Wuhan lab that GOP lawmakers have been scrutinizing. Republicans have zeroed in on NIH’s relationship with EcoHealth Alliance, the global nonprofit that helped fund some research at China’s Wuhan Institute of Virology.” 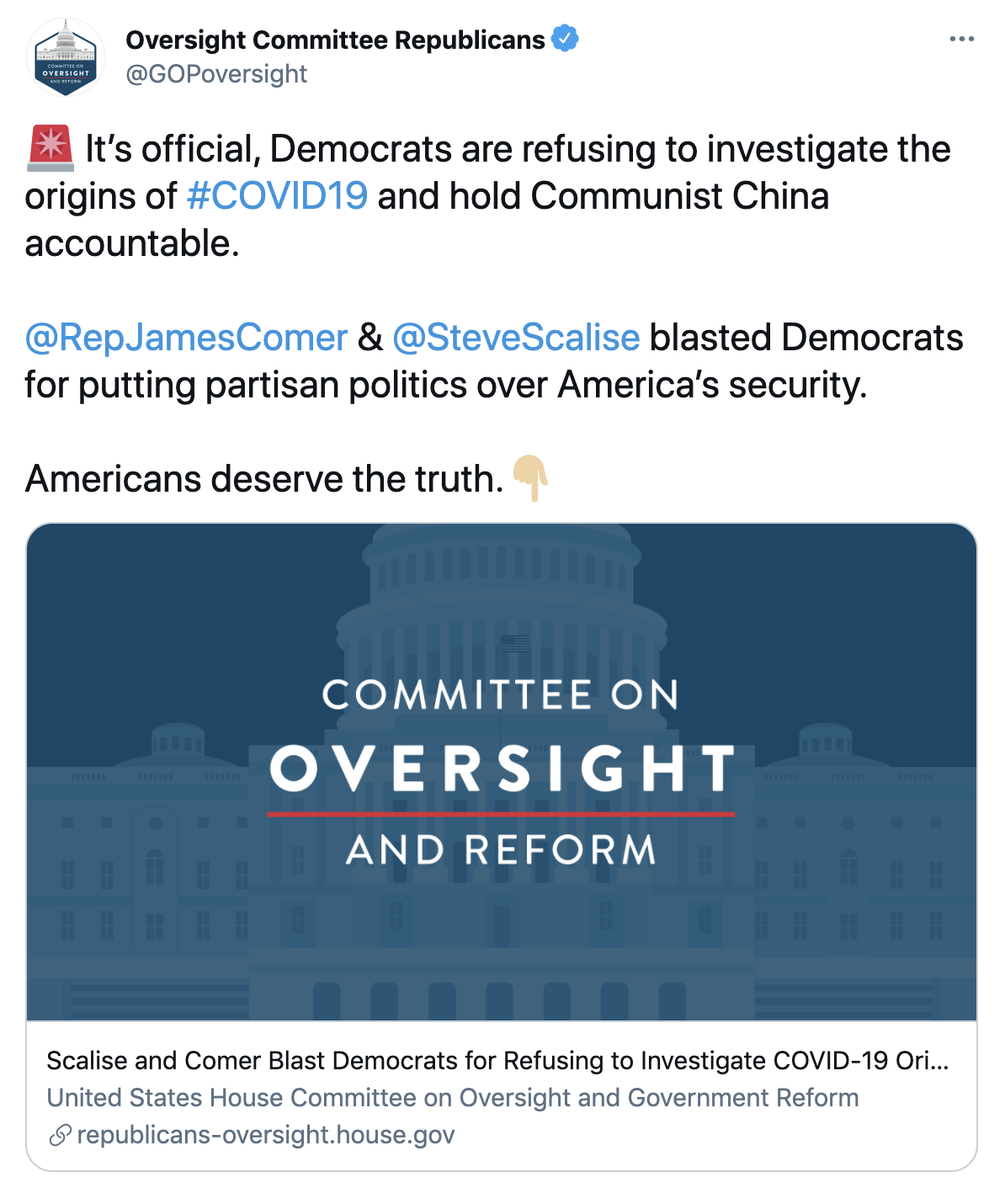 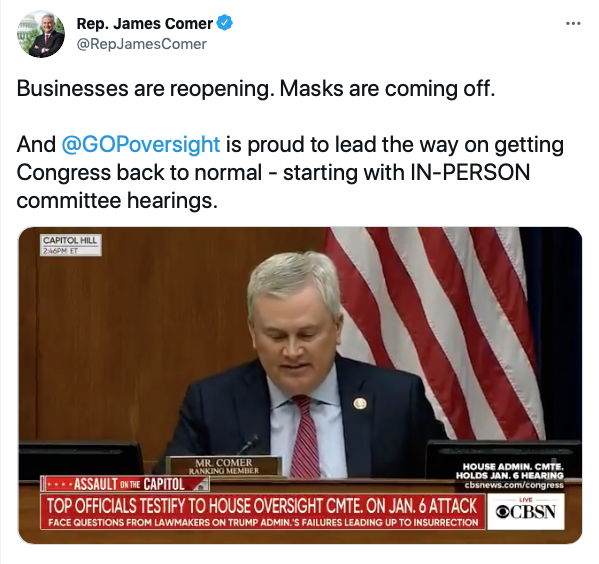 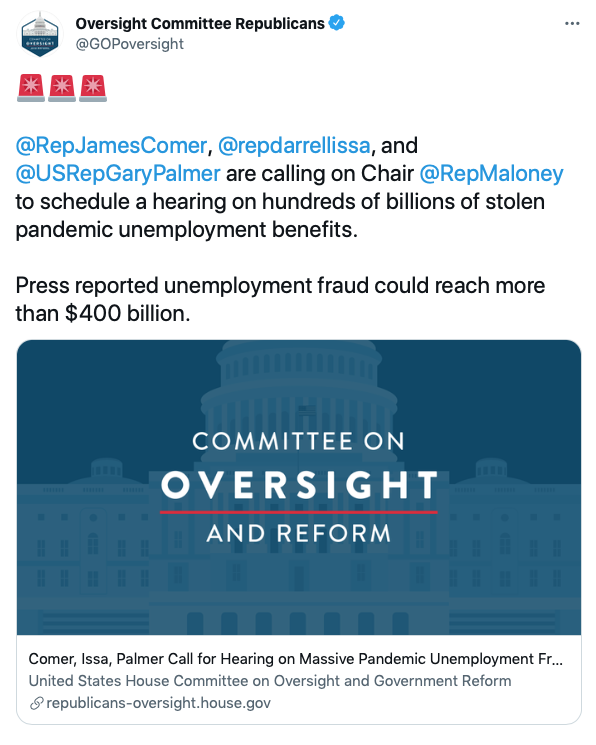