Biden Requires That All Foreign Nationals Entering the United States Must Have a COVID Vaccine, Except Illegal Immigrants: The Biden White House announced that it plans to ease travel restrictions on all fully vaccinated foreign visitors at the beginning of November. The new rules will require all foreign nationals arriving in the United States to prove they are fully vaccinated – except if you’re an illegal immigrant.

Biden Vaccine Mandate on Large Employers Approaches Finish Line: The Occupational Safety and Health Administration (OSHA) submitted the initial text of President Biden’s emergency vaccine rule to the Office of Management and Budget (OMB) for review and will take effect once the OMB finishes its review and it’s published in the federal register. Last month, President Biden announced that he would mandate businesses – with 100 or more employees – to require their personnel to be vaccinated or be tested for the coronavirus each week. If companies fail to comply, they will face steep fines. This is an unprecedented, authoritarian mandate that would affect an estimated 100 million people.

The World Health Organization Nominates Lab Leak Denier and EcoHealth Subcontractor to New COVID Origins Advisory Board: Christian Drosten, one of the scientists that the World Health Organization (WHO) tapped to investigate the origins of COVID-19, signed a controversial letter dismissing the idea that the virus emerged from a Chinese lab as a “conspiracy theory.” In addition, the WHO nominated a Thai doctor, Supaporn Wacharapluesadee, with direct ties to the health organization, EcoHealth Alliance. According to documents obtained by The Intercept, the U.S. government gave $3.1 million to EcoHealth Alliance, to back bat coronavirus research at the Wuhan Institute of Virology (WIV). Both Drosten and Wacharapluesadee’s nominations could pose a problem for the WHO, which is starting this COVID origins panel after its first investigation was plagued by conflict of interest allegations and lack of transparency from the Chinese Communist Party.

China Refuses to Cooperate with the World Health Organization’s Investigation into COVID-19’s Origin: In addition to the theory that COVID-19 escaped from a Chinese lab, researchers are probing that animals could have been an intermediate host for the virus to spread from bats to humans. China denied the World Health Organization access to bat caves and wildlife farming in locations west of Wuhan, where COVID-19 first emerged.

The Biden Administration Continues to Boost Far-Left Policies During Supply Chain Crisis:The American people are seeing a massive supply chain breakdown across the United States. Pandemic lockdowns, labor shortages, and increased demand for consumer goods and holidays gifts have exhausted global supply lines. This crisis is hurting middle class families and threatening the delivery of food at the grocery store, medicine at the pharmacy, and other essential products. Instead of rising to the occasion to address our broken supply chain, the Biden Administration is using it to sell their trillion-dollar infrastructure and tax-and-spending spree.

The Biden Administration Has Released More Than 150,000 Migrants into the United States: President Biden’s open-door immigration policies have led to the catastrophe at our southern border. Since March, the Biden Administration has released at least 160,000 migrants into the United States, often with little to no supervision. These migrants might be carrying COVID-19 and contribute to cases of the Delta variant at the southern border.

“President Biden told unvaccinated Americans this month: ‘We’ve been patient, but our patience is wearing thin. . . So, please, do the right thing.’ He backed up this request with a series of new regulatory mandates, including one from the Occupational Safety and Health Administration, which directs businesses with 100 or more employees to make vaccination a condition of employment. The Covid vaccine has been widely hailed as a modern scientific miracle. Yet as a means to increase nationwide vaccination rates, the OSHA mandate far exceeds the authority Congress granted the agency, and if the president can order private companies to dictate such terms of employment, his power to coerce citizens in the name of public health might as well be unlimited. This would both be profoundly unconstitutional and fundamentally transform the relationship between the government and the people.”

“China increased its spending on coronavirus tests in the country’s Hubei Province months before the Chinese government publicly acknowledged the COVID-19 pandemic, according to the findings of a new report.  The Australian cybersecurity company internet 2.0 compiled the data into a report released this week. It showed that the Chinese government spent nearly three times more on polymerase chain reaction tests – used to detect certain viruses – in 2019 than the year prior.”

“COVID-19 cases have been falling across the U.S. for weeks — and now deaths are finally on the decline, too. The Delta wave may truly be behind us, and though unvaccinated people in heavily unvaccinated areas will always remain at risk, getting the virus under control would allow the country as a whole to breathe a little easier this fall. The U.S. is now averaging roughly 102,000 new cases per day — a 22% drop over the past two weeks. Deaths are also falling, by a nationwide average of about 13%. The virus is now killing roughly 1,800 Americans per day. Deaths had been rising for the past few weeks even as infections declined. That’s to be expected — deaths are the last number to go up when a new wave sets in, and the last to go down when that wave ebbs.” 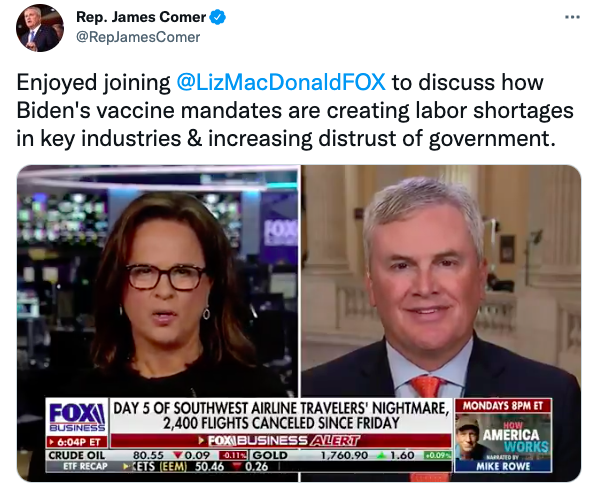 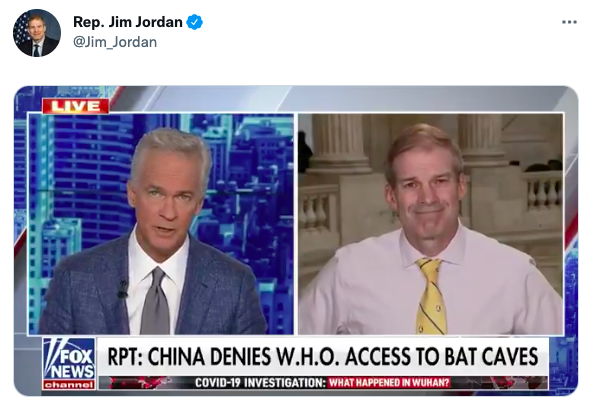 Representative Mark Green (R-Tenn.) slams the Biden Administration for wanting to dishonorably discharge U.S. service members who refuse to get the COVID-19 vaccine. 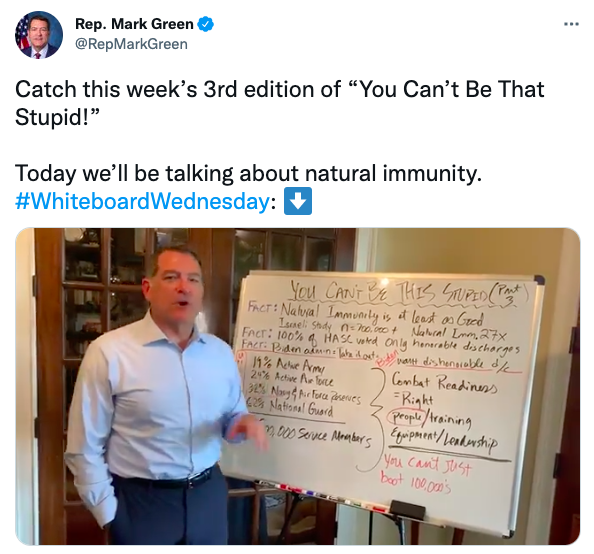 House Republican Whip and Select Subcommittee on the Coronavirus Crisis Ranking Member Steve Scalise (R-La.) blasts Democrats for supporting vaccine mandates on the American people but not for illegal immigrants. 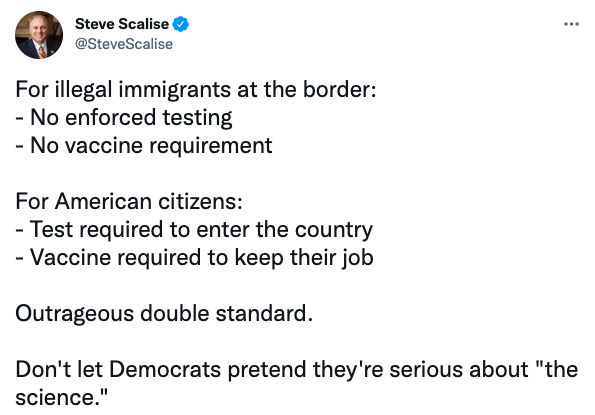 Representative Mariannette Miller-Meeks (R-Iowa) emphasizes that the World Health Organization has reopened its investigation into COVID-19’s origin and calls on the United States to do the same. 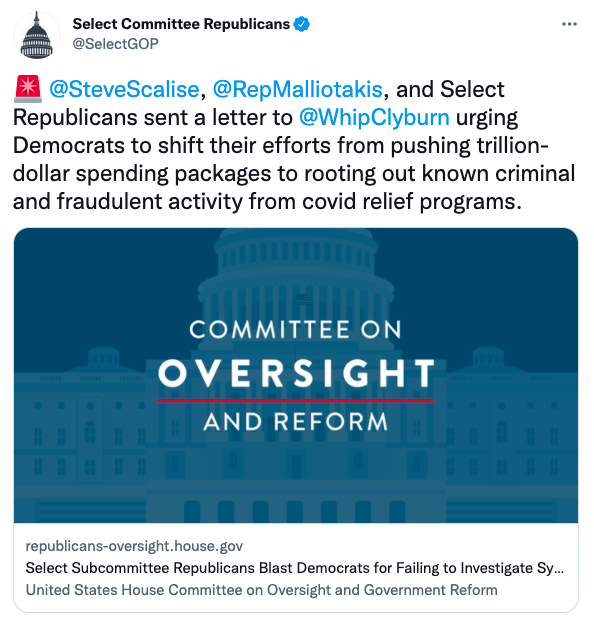