TOPLINE: On Thursday, the House of Representatives will vote on H.R. 51, the D.C. Admission Act. This legislation violates the 23rd Amendment and is nothing more than a partisan power grab from Speaker Pelosi and her socialist allies to add two more Democrats to the Senate.

Democrats Are Ignoring the Constitution

The Founding Fathers intended for D.C. to be a city independent of any one state and carefully crafted the Constitution so the seat of the federal government would not be within a state. The Framers worried that locating the nation’s capital within the jurisdiction of a state would potentially leave it at the mercy of that state.

Until the Obama Administration, every Justice Department since the Kennedy Administration has addressed the District of Columbia’s statehood and concluded that Article 1, Section 8 of the Constitution does not grant Congress the authority to give D.C. statehood through legislation.

Attorney General Robert F. Kennedy thought it was “inconceivable” that D.C. could be granted statehood without repealing the 23rd Amendment.

Only an amendment to the Constitution can make the District of Columbia a state.

With a razor-thin margin in the Senate, President Biden and Senate Majority Leader Chuck Schumer are struggling to enact their far-left agenda.

Democrats want D.C. statehood in order to gain two more Senate seats and circumvent the filibuster and solidify their control of the Legislative Branch.

Republican Leader of the House Committee on Oversight and Reform James Comer wrote in Real Clear Politics: “Statehood provides D.C. with two progressive senators to enable Democrats to end the filibuster and resuscitate unwanted radical policies such as enacting the Green New Deal, packing the Supreme Court, and defunding the police.”

The District of Columbia Is Not Ready for Statehood

The D.C. government relies heavily on Congress to ensure its financial solvency, and local leaders are not ready for Congress to rescind funding for local projects and initiatives. 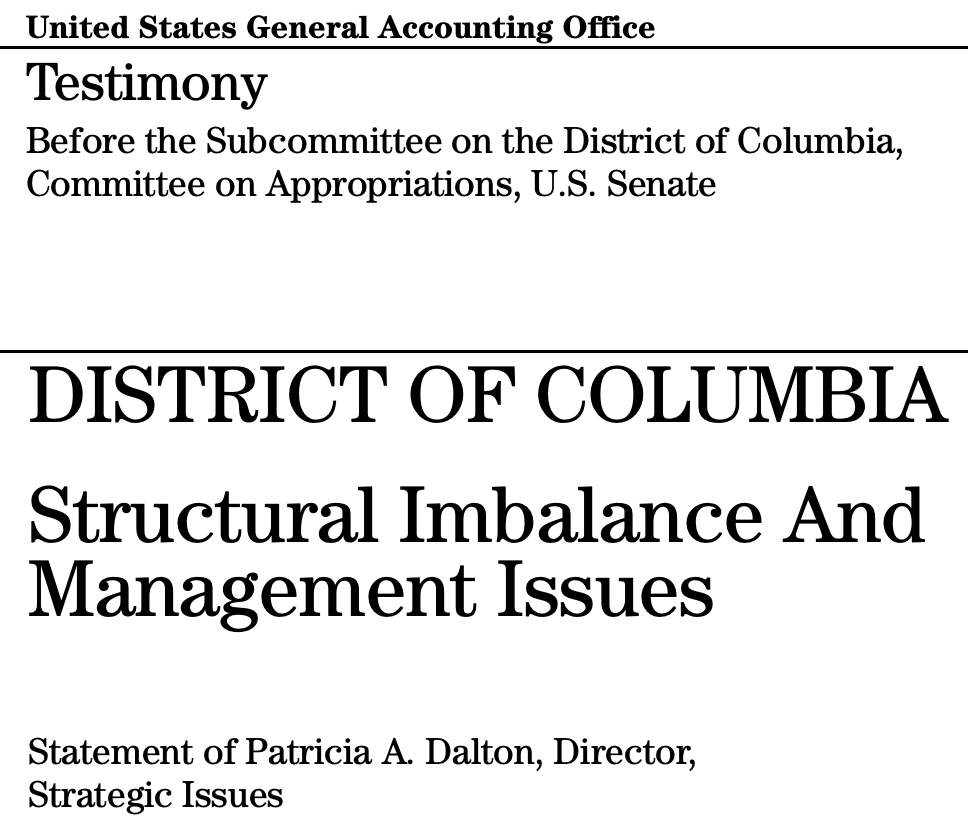 Under H.R. 51, the federal government would remain responsible for funding many of the District of Columbia’s responsibilities, such as the local courts and the pension system D.C. workers. This means that the District of Columbia can continue providing the same benefits to its citizens without exercising the same fiscal discipline expected from every other state in the nation.

Even with this federal largess, the D.C. government has failed to provide for the safety and well-being of its citizens. Last year, the District of Columbia experienced a 16-year high in murders. According to data from the Metropolitan Police Department, there are currently 57 reported murders this year. That is a 30 percent increase compared to all homicides committed in 2020.

In addition to the spike in murders, there is an alarming surge in carjackings throughout the District of Columbia, with the majority of arrests so far involving children.

Why should the District of Columbia be granted statehood when it can’t even perform basic governmental duties like protecting its residents from criminals?

The District of Columbia is in no position to become a functioning state because its elected officials continue to demonstrate unethical and corrupt conduct.

Last year, D.C. Council member Jack Evans was forced to resign amid an ethics scandal. Over a five-year period, Evans allegedly violated the conflict of interest provision of the D.C. Council’s code of conduct by using his position on the Council to take action that benefited his law firm’s clients. An investigation found that Evans failed to disclose his business relationships and accepted payments of $400,000 from clients.

Proponents of D.C. statehood should use their time advocating for the District of Columbia to fix its corruption problems instead of fighting for D.C. to become our nation’s 51st state.

BOTTOM LINE: Make no mistake, H.R. 51 is unconstitutional. Democrats’ partisan push for D.C. statehood is irresponsible and represents exactly what the Founding Fathers sought to guard against when establishing the seat of the federal government.