Republicans press for DC to remove mask mandates for children (Fox News)“Republicans on the House Oversight and Reform Committee are calling on Washington, D.C., Mayor Muriel Bowser to end the district’s mask requirements on schools, especially as D.C. already rolled back mandates at bars and sporting venues. ‘It makes no sense for adults to patronize bars or watch sporting events without masks while children are required to go to school with them,’ the GOP lawmakers wrote to Bowser in a letter obtained by Fox News Digital. ‘The District should immediately do away with requiring masks for children in school and allow them to return to normal.’”

The School Shutdowns and Lost Literacy (Wall Street Journal Editorial Board)“Governments made many mistakes in the pandemic, and shutting down schools was arguably the worst. We’re now discovering the damage as studies calculate the learning loss. Amplify, the curriculum and assessment provider, examined its test data for some 400,000 elementary school students across 37 states. It found a spike in students not reading at grade level, with the literacy losses ‘disproportionately concentrated in the early elementary grades (K-2).’”
The C.D.C. Isn’t Publishing Large Portions of the Covid Data It Collects (New York Times)“For more than a year, the Centers for Disease Control and Prevention has collected data on hospitalizations for Covid-19 in the United States and broken it down by age, race and vaccination status. But it has not made most of the information public. When the C.D.C. published the first significant data on the effectiveness of boosters in adults younger than 65 two weeks ago, it left out the numbers for a huge portion of that population: 18- to 49-year-olds, the group least likely to benefit from extra shots, because the first two doses already left them well-protected. The agency recently debuted a dashboard of wastewater data on its website that will be updated daily and might provide early signals of an oncoming surge of Covid cases. Some states and localities had been sharing wastewater information with the agency since the start of the pandemic, but it had never before released those findings. Two full years into the pandemic, the agency leading the country’s response to the public health emergency has published only a tiny fraction of the data it has collected, several people familiar with the data said.”
GOP lawmakers demand CDC provide unreleased data on COVID-19 (Washington Examiner)“A group of House Republicans is calling on the Centers for Disease Control and Prevention to provide them with unreleased data on COVID-19, alleging the agency’s decision to withhold the information was an effort to ‘control the narrative’ surrounding the pandemic. In a letter led by House Minority Whip Steve Scalise of Louisiana and James Comer of Kentucky that was sent to CDC Director Rochelle Walensky on Friday, the members cited a New York Times report, arguing the information potentially could have helped states better navigate their response efforts to the deadly virus.”
10 reasons why scientists believe coronavirus originated from lab in Wuhan, China (Fox News)“Fox News talked to several scientists and investigators who have studied COVID-19 origins, and here are some reasons – science-based and circumstantial – why they believe the evidence points to the global pandemic originating from a Wuhan lab, possibly from a researcher accidentally getting infected during an experiment with coronaviruses and spreading it into the community. “When you evaluate the two theories, it is so overwhelmingly in favor of the lab leak that everything else is just incidental evidence about the details of what happened,” said Richard Muller, emeritus professor of physics at the University of California Berkeley, who has been a strong advocate for the lab-leak theory.”
Republicans pledge to uncover COVID origins: ‘We will leave no stone unturned’ (Fox News)“Republicans trying to unearth the origins of COVID-19 say they will launch a full-blown investigation – with the support of subpoena power – into the cause of the global pandemic if the GOP takes control of Congress in January. Kentucky Rep. James Comer, the top Republican on the House Oversight Committee, said despite the Democrats’ refusal to investigate the origins, Republicans have been still able to uncover important information, such as how Dr. Anthony Fauci, director of the National Institute of Allergy and Infectious Diseases and the White House’s top medical adviser, was aware that NIH was funding the Wuhan lab for risky experimental research on bat coronaviruses and how Fauci ‘may have acted to conceal the information and intentionally downplay the lab leak theory.’ ‘When Republicans are in power in 2023, we will use every tool at our disposal to get answers for the American people and hold accountable those who have shielded the truth,’ Comer told Fox News Digital.”
GoFundMe’s Freedom Convoy decision prompts GOP leaders to call for oversight hearing (Fox Business)“Republican leaders are calling for a congressional hearing and seeking more information on GoFundMe’s decision to block donations for the Canadian trucker’s Freedom Convoy – arguing that the move amounts to another attack by Big Tech on free speech. ‘We are concerned about the growing trend of Big Tech’s increasing refusal to permit a level playing field in the marketplace of ideas, instead actively censoring conservative viewpoints while promoting far-left causes, especially where millions of dollars in crowdsourced funds are potentially misappropriated,’ read a letter from House Minority Whip Steve Scalise, R-La., and House Oversight Committee ranking member James Comer, R-Ky. Sent Thursday afternoon, the letter asked Oversight Chair Carolyn Maloney, D-N.Y., and Majority Whip James Clyburn, R-S.C., for a hearing examining GoFundMe’s decision and the ‘evolution of its policies on diverting donated funds to other causes deemed by the company to be ‘credible and established.’”
Member Mentions
House Republican Whip and Select Subcommittee Ranking Member Steve Scalise (R-La.) blasts Democrats’ mask political theater. 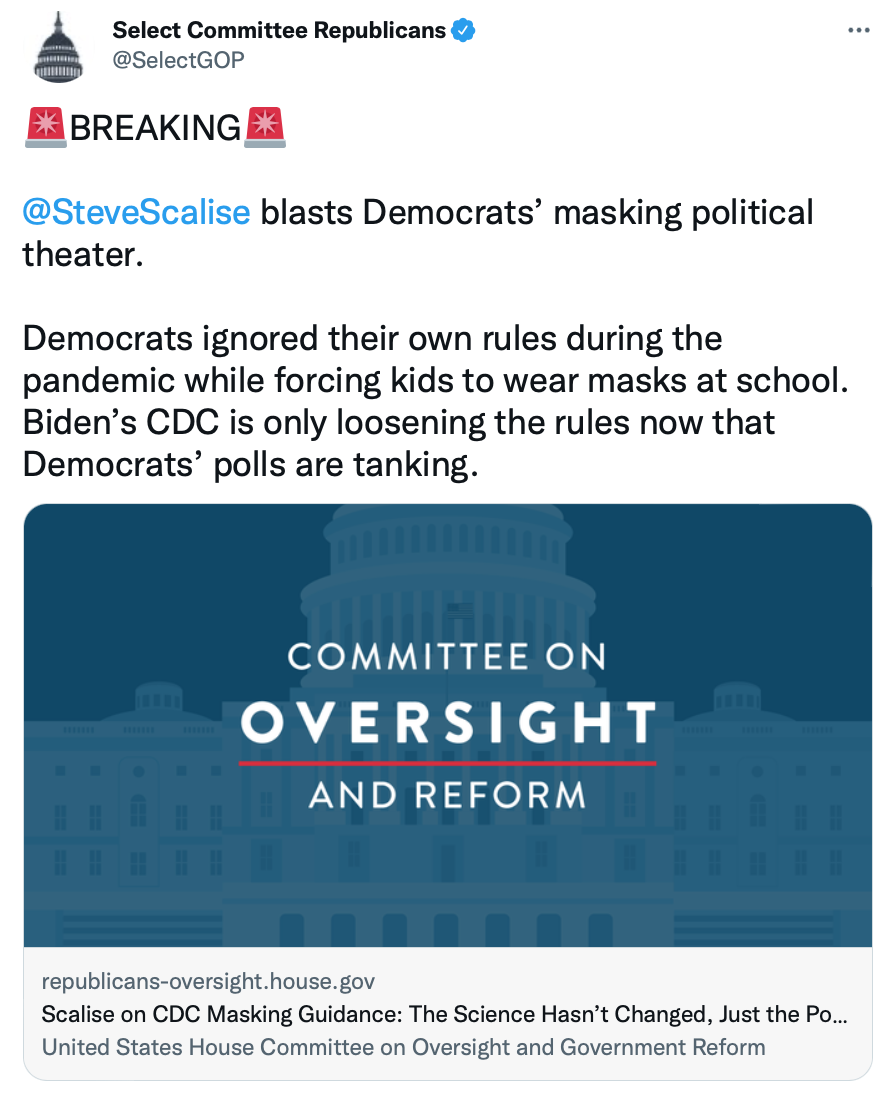 Representative Mariannette Miller-Meeks (R-Iowa) calls for the House to return to normal. 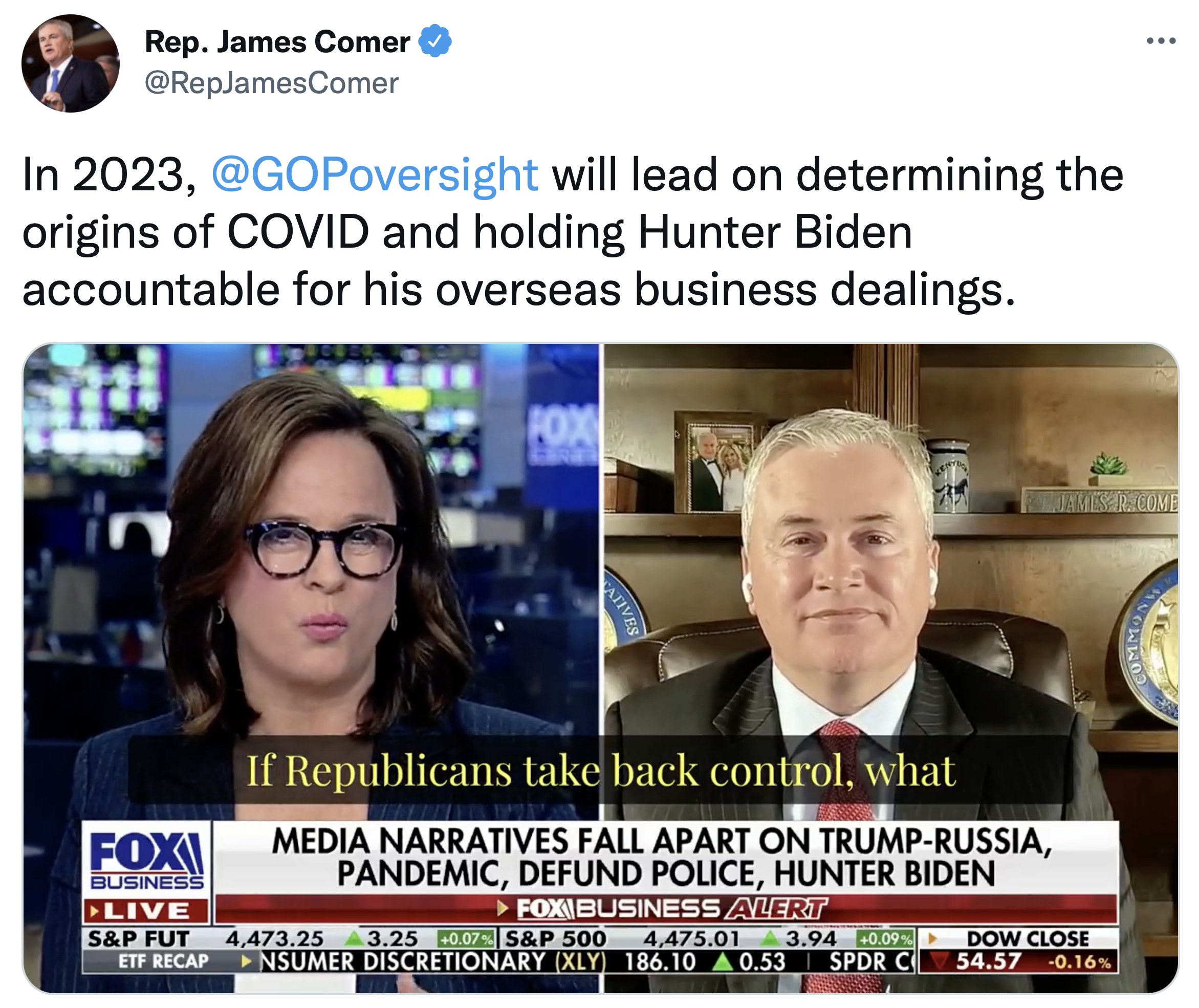 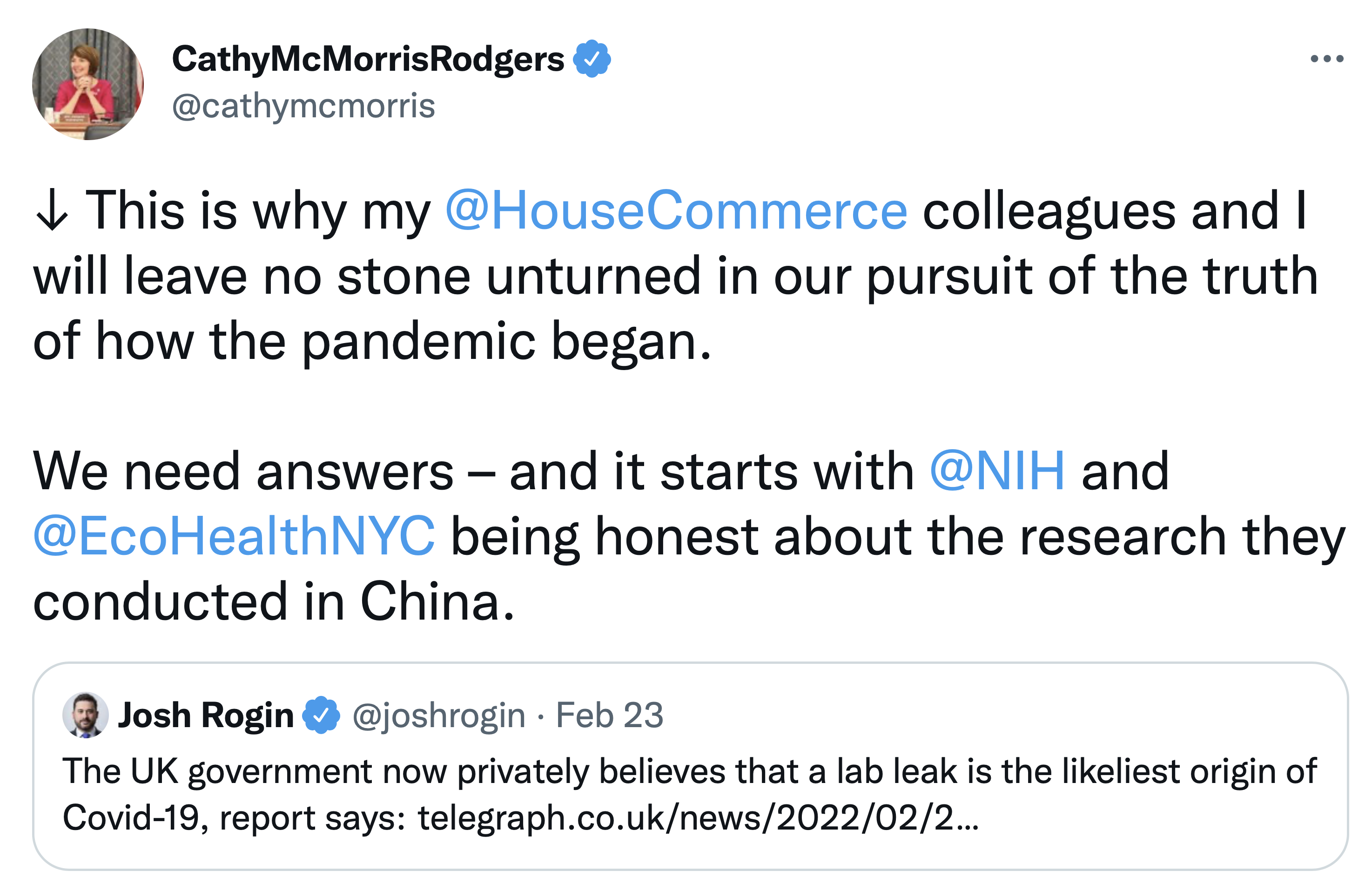