Biden Continues Forcing COVID Mandates on Americans but Plans to End Public Health Expulsions for Illegal Immigrants: President Biden continues COVID mandates for Americans but will end his use of Title 42 to turn away illegal immigrants at the border on public health grounds.

Mental Health Crisis Facing Teens: After allowing the teachers union to keep schools shuttered, the CDC recently released a study finding that pandemic school closures and lockdowns have led to a teen mental health crisis. The study found that 40 percent of teens said they felt persistently sad or hopeless during the past year. Teens also engaged in risky behaviors during COVID lockdowns. Among the 43 percent of teens who said they consumed alcohol, about 30 percent said they drank more during the pandemic. Biden’s CDC perpetuated this mental health crisis by allowing the union bosses to re-write its official school reopening guidance. The teachers union’s edits kept thousands of schools closed during the 2020-2021 school year. It’s past time for the Biden Administration and the union bosses to be held accountable for locking students out of their classrooms, which has fueled a teen mental health crisis.

New Report Reveals Uncommon Steps EcoHealth Alliance Took to Get Federal Funding: A new report from Vanity Fair details the uncommon steps Peter Daszak, president of EcoHealth Alliance, went to obtain federal funding. EcoHealth Alliance, a NIH grantee, awarded funds to the Wuhan lab to conduct dangerous gain-of-function research on bat coronaviruses. According to new reporting, EcoHealth Alliance hosted a series of cocktail parties in Washington, D.C., charging about $8,000 a ticket so the nonprofit could mingle with science experts and federal government bureaucrats who steer grants. Daszak also went to great lengths to have Dr. Anthony Fauci appear with him on stage at one event. For months, Republicans have been investigating EcoHealth’s cozy relationship with federal officials at NIH. This latest report adds to mounting evidence that federal health officials and EcoHealth Alliance must be held accountable for using taxpayer funds on risky research in Wuhan.

Biden Continues Forcing COVID Mandates on Americans but Plans to End Public Health Expulsions for Illegal Immigrants: President Biden continues COVID mandates for Americans but will end his use of Title 42 to turn away illegal immigrants at the border on public health grounds. This is just more arbitrary COVID mandates coming from the Biden Administration that put illegal immigrants first. As of result of President Biden’s open borders policies, there were over two million apprehensions of illegal immigrants in calendar year 2021. Without Title 42 expulsions, President Biden’s border crisis is about to become an historic catastrophe unlike any ever experienced.

On July 19, 2021, Director Walensky told Select Subcommittee Republicans the CDC’s consultation with AFT was routine and consistent with the agency’s customary process for issuing guidance. However, Republicans’ investigation reveals this level of coordination is not routine. On February 18, 2022, Republican staff interviewed Dr. Henry Walke, a career CDC scientist and medical doctor. Dr. Walke testified this level of coordination between the CDC and an outside organization was “uncommon.” In fact, according to Dr. Walke, the CDC does not typically share draft guidance outside the agency for any reason, even with other federal partners.

The AFT’s edits ultimately led to thousands of schools across the country to remain shuttered throughout the 2020-2021 school year. Republicans will not rest until we uncover all the facts and hold everyone accountable who was involved in holding back millions of children from having equal opportunity to achieve the American Dream.

“Republican lawmakers who sit on the House Select Subcommittee on the Coronavirus Crisis are releasing a report Wednesday revealing a Centers for Disease Control and Prevention (CDC) official’s testimony claiming that the agency coordinated with teachers’ unions at an extraordinary level in crafting its school reopening guidance, despite the agency’s earlier claims that such coordination was routine and nonpolitical. In the interim report, exclusively reviewed by Fox News Digital, Republicans wrote that emails between the American Federation of Teachers (AFT), the White House, and the CDC showed that the AFT’s ‘cozy relationship with the Biden administration’s political leadership at the CDC positioned the union to impose line-by-line edits’ to the reopening guidance, despite the CDC’s ‘past practice to keep draft guidance confidential.’ Fox News previously reported in October on emails that showed the AFT and the National Education Association, the two largest teachers’ unions in the U.S., received a copy of the guidance before the CDC released it to the public.

“This Shouldn’t Happen”: Inside the Virus-Hunting Nonprofit at the Center of the Lab-Leak Controversy (Vanity Fair)

“Chasing scientific renown, grant dollars, and approval from Dr. Anthony Fauci, Peter Daszak transformed the environmental nonprofit EcoHealth Alliance into a government-funded sponsor of risky, cutting-edge virus research in both the U.S. and Wuhan, China. Drawing on more than 100,000 leaked documents, a V.F. investigation shows how an organization dedicated to preventing the next pandemic found itself suspected of helping start one.”

“Being a teenager is hard enough without throwing a worldwide, deadly pandemic into the mix. The impact COVID-19 has had on their well-being is undeniable, but health experts are still learning to what extent it has affected their mental health. A study published Thursday by the Centers for Disease Control and Prevention found more than a third of high school students reported in 2021 that their mental health suffered during the pandemic, with 44% saying they persistently felt sad or hopeless during the past year.” 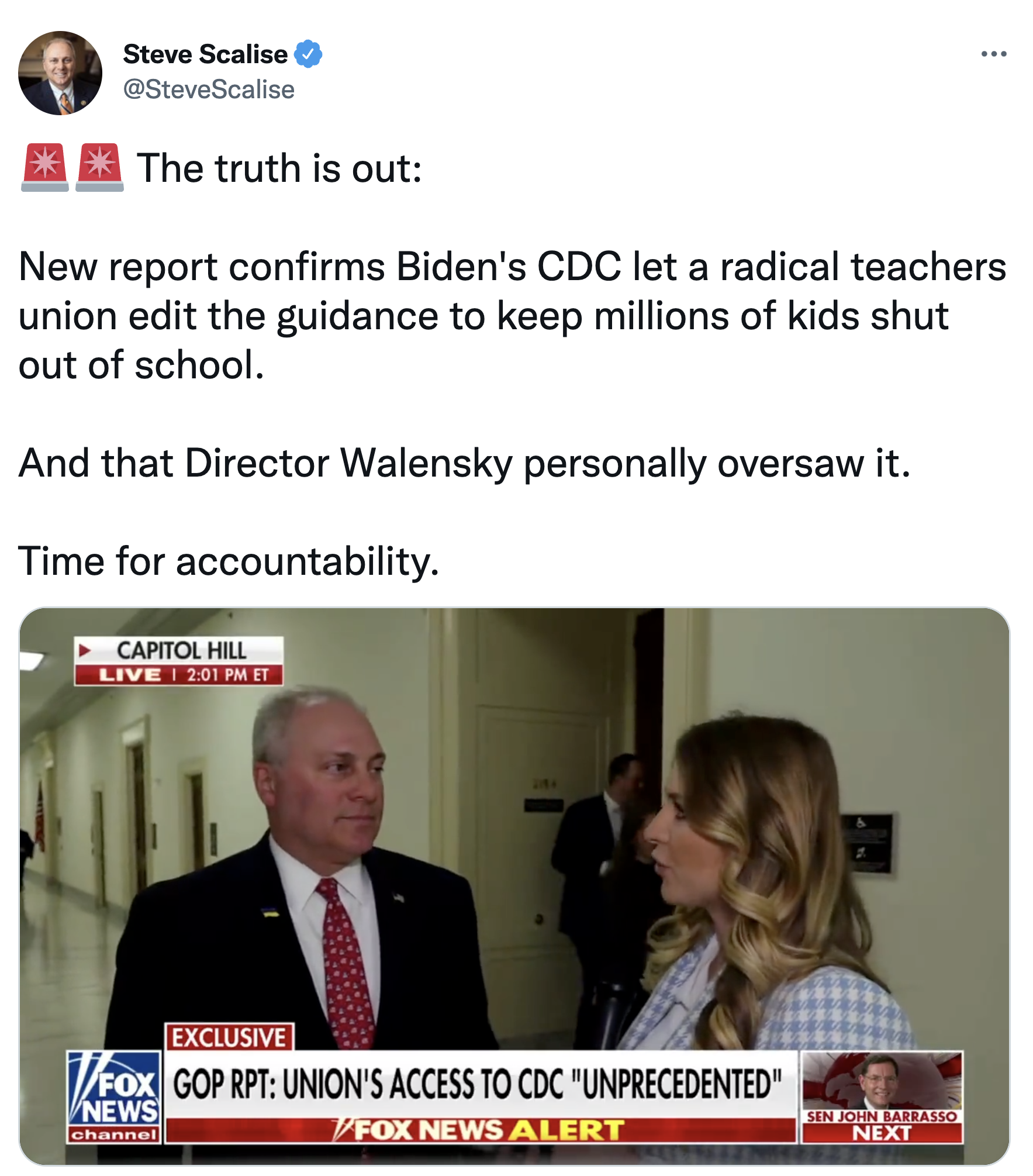 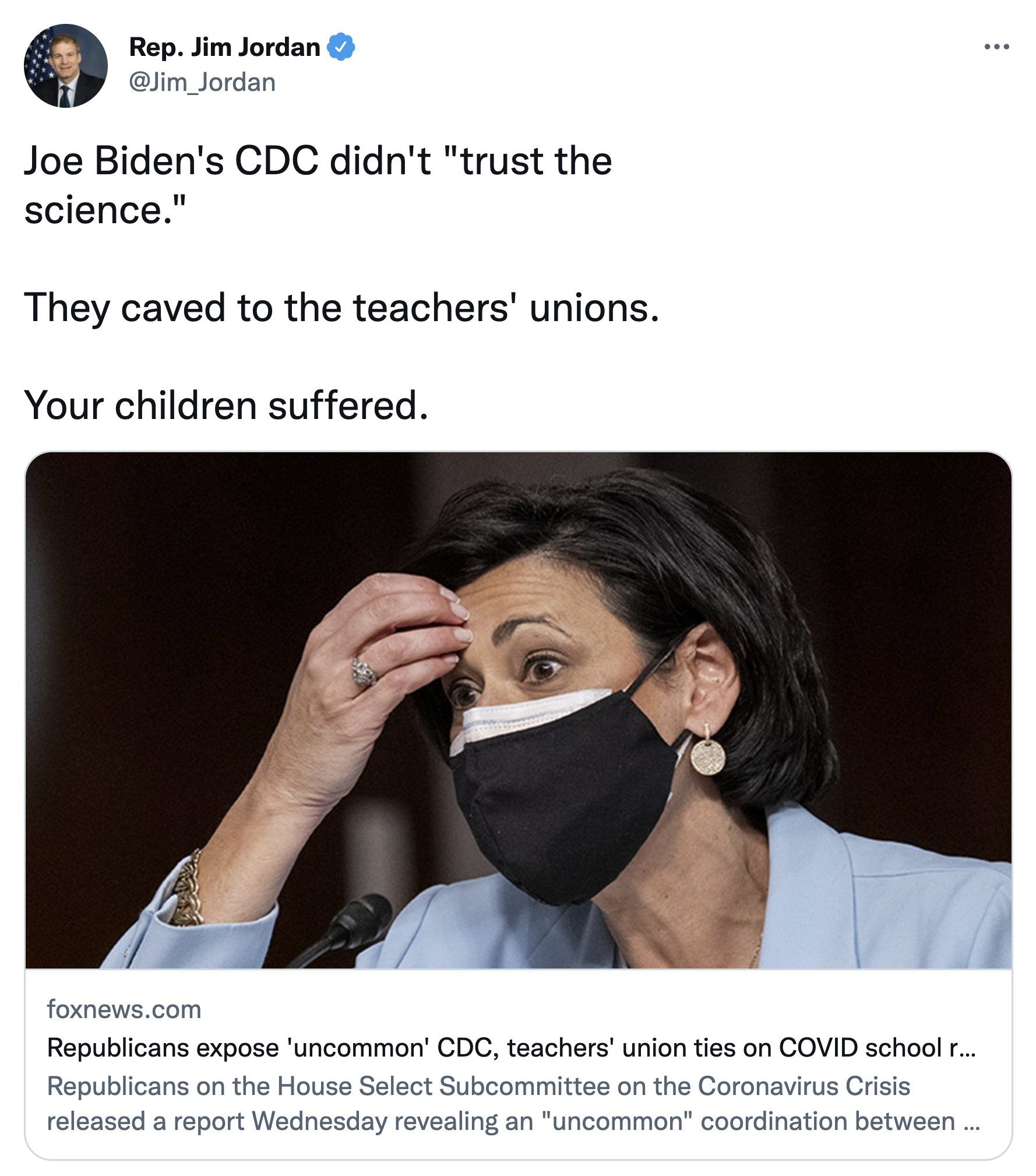 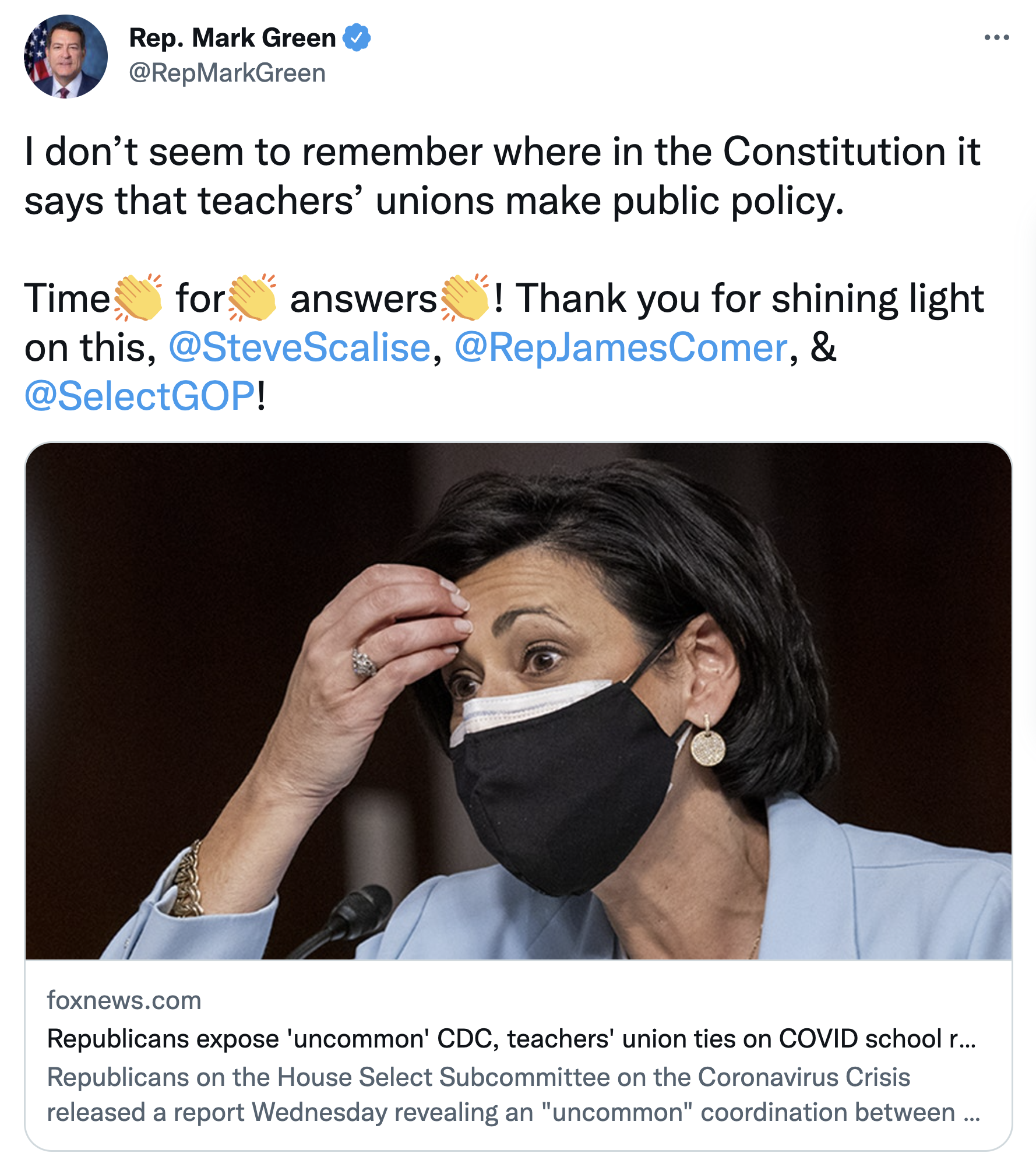 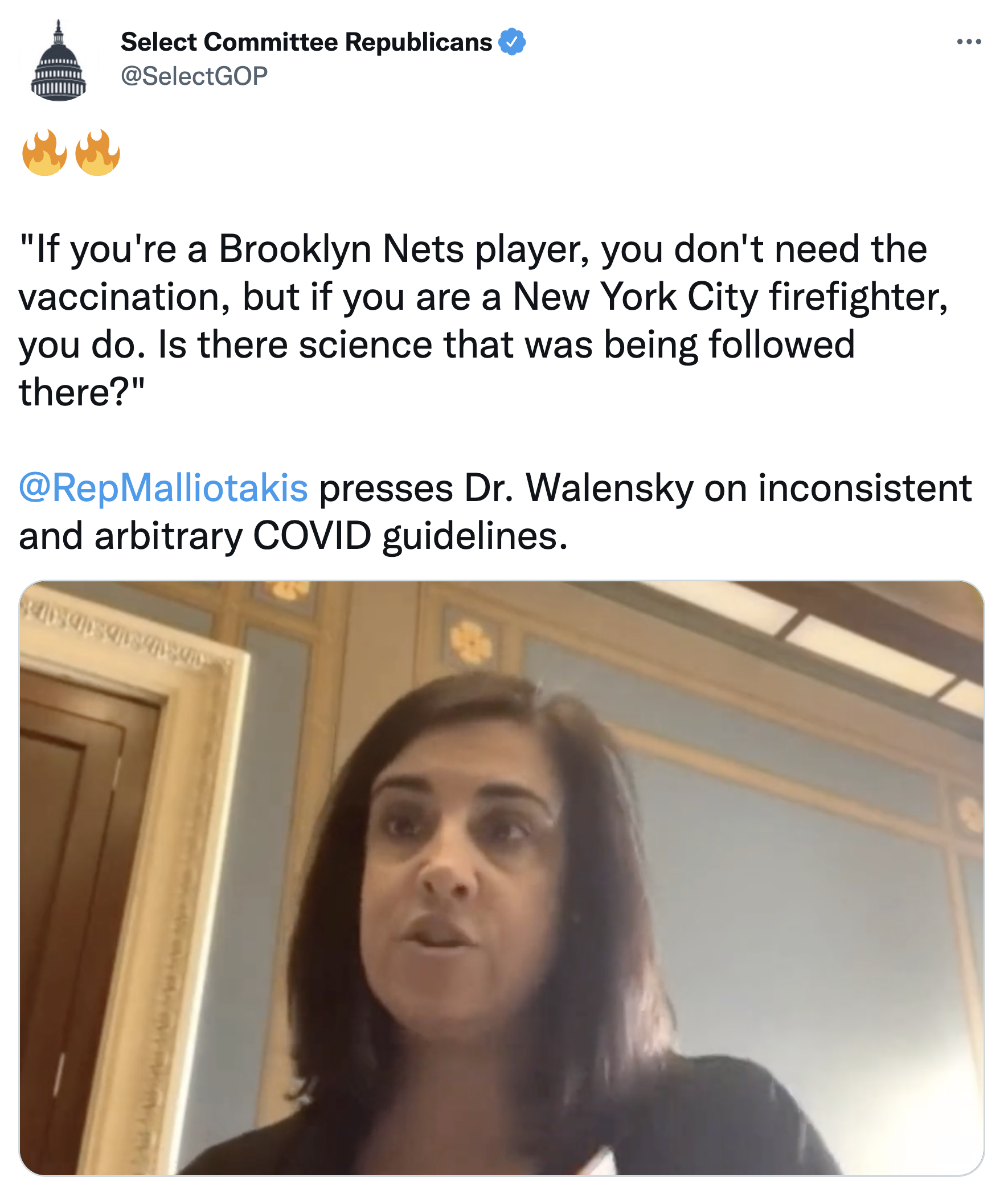